I’m not exactly someone you would describe as the “outdoorsy type”. I’m really more of a “comes as close to hating nature as one can without actually hating it” type, if that makes any sense. I mean, I don’t have any problem with the outdoors IN THEORY, but in practice it’s always just so irritating and unpredictable: Oh great, I went for a walk and it started to rain. Fantastic, the sun went down and now I can’t see. Wonderful, I wandered into the Pakistani Himalaya and got disemboweled by a Himalayan Brown Bear. I swear to god, it never ends.

I really don’t see how nature expects anyone to enjoy the outdoors when all this annoying crap is constantly going on. I’ll give you an example: One time I went camping and was continuously buffeted by reasonably strong winds. Winds! Can you imagine? It was beyond belief. The third time my hood blew off my head, I walked to the car and drove straight home. But honestly, can you blame me? A man can only take so much abuse.

But anyway, here’s my Officially Licensed Guide Every Single Outdoor Activity Ever. 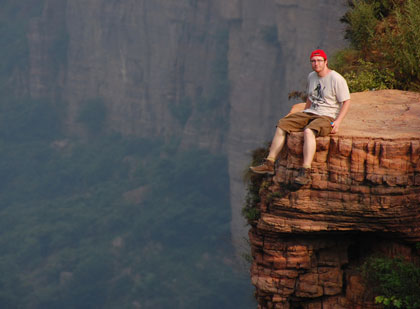 Unlike most people, I have very little reverence for mountain climbers, especially the ones who get maimed or killed. When did humanity start labeling someone a hero simply because they got injured doing something dangerous? If we’re going to reward injuries stemming from foolish and unnecessary risk-taking, why stop at mountaineering? Do you constantly ride a motorcycle without a helmet? Here, have a Presidential Medal of Freedom. Heroin addict who shares dirty needles? Here’s a substantial tax rebate. Lifetime smoker? Take this ten thousand dollar savings bond!

If these scenarios seem ridiculous to you, they are. But not nearly as ridiculous as making a hero out of a hiker who happened to get injured. Oh, you got trapped under a boulder and had to saw through your own arm with a dull knife? So what. Shocking revelation: Mountains can be dangerous. If getting trapped under huge boulders bums you out, it’s probably best to stay out of the mountains and other rockslide-centric areas.

But perhaps I am being too hard on Mountain Climbers Who Become Injured Or Dead. They are heroes after all. I mean, what could be more heroic than endangering your own life, the lives of any rescuers who may have save you, and potentially making orphans out of your children and a widow[er] out of your spouse due to the fact that you got bored and felt like getting a cheap thrill by scrabbling up some rocks. Yes, mountain climbing truly is amongst the noblest of pursuits.

So stand aside, Scientist Who Spent 50 Years Of His Life Toiling Away In Obscurity And Subsequently Saved Billions Of Lives, cause there’s a new hero in town: This Dumb Guy Who Climbed A Mountain And Got His Arm Stuck Under A Big Rock. 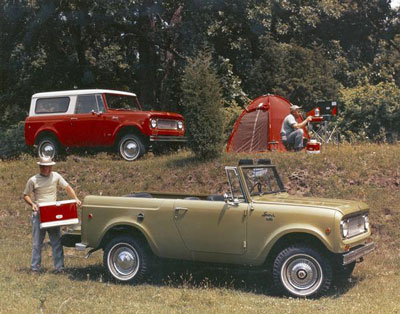 When I was a kid, there was nothing I dreaded more than a camping trip. I wondered why “any self-respecting modern human would leave the behind the luxuries of modern life (Super Nintendo, Air Conditioning, Microwave Popcorn, Legos) to sit around on some rotting log while fire ants crawl up your shorts and it’s a hundred and six degrees even at night and the filthy bearded midwestern checkered-shirt-wearing drunks in the camp next to yours just won’t shut the hell up and at least dad bought us lottery tickets and sis won 20 bucks but of course you never win anything anyhow and here go those drunks again and you just wish you could go over there and scream for them to shut up but they’d just laugh cause who listens to a kid anyway.”

Aside from all the nonpunctuation and run-on sentences, that’s pretty much how I still feel about camping. Also I probably never called my sister “sis” because really, what kind of a thing is that?

And hey, if solo camping isn’t your thing and you prefer to spend more time with impressionable young boys, you can always join The Boy Scouts Of America as a scoutmaster. If you’re worried that you might not be qualified for the position: Don’t be. The only requirements are a penis between your legs and a cross around your neck. This is readily apparent from the Scout Oath, which each scouts are obligated to intone at the beginning of each scout meeting under penalty of Molestation:

On my honor, I will do my best
To shun and deride queers and atheists;
To snuff out Islam wherever it may rear its turbaned head;
To help other people at all times (provided they are not fags);
And although there have been more than 2,000 cases of abuse,
Within the Boy Scouts of America since it’s inception,
You shouldn’t be worried that many of our leaders,
Are self-hating closeted homos,
Who will diddle your son in a sleeping bag.
Seriously.
They’re not!
It’s all above board.
Swear to God.

BEING MAULED BY WILD ANIMALS 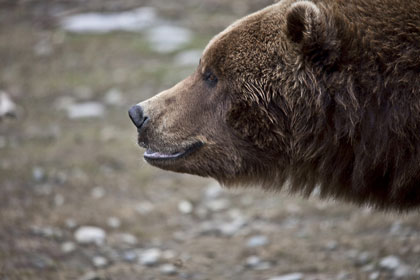 While out-of-doors, human beings must constantly be on the lookout for nature’s most dangerous killer: Wild Animals. Take, for example, This Story about an innocent drunkard who was mauled in his very own home by a wild beast. The story goes like this: The man had blacked out in his chair after a typically productive weeknight spend drinking himself into a hillbilly stupor when a feral wolf hound cut its way through the screen door using a penknife, gnawed off the man’s toe, and then proceeded to violate every orifice of his bloated and unconscious body, leaving both parties throbbing and bloodied.

As you can probably see from the story, the typically liberal news media distorted the facts significantly to fit their socialist worldview: In their eyes, the wolf hound was a “domestic terrier” who “lived in the home” who “sniffed the man’s toe & utilizing his extensive medical knowledge, diagnosed him with diabetic necrosis” and then “proceeded to amputate the toe by gnawing it off in a valiant attempt to save the man’s life”.

Obviously I don’t buy this story for a second, but even if it were true, I wouldn’t call this dog’s behavior heroic. More like irresponsible. How presumptuous does a pet have to be to dive right into an oral amputation on a suspectedly gangrenous toe without performing a single followup test or consulting with another canine? It really is careless medicine. 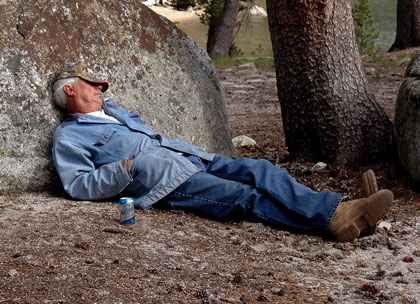 OK, so maybe I’ve fallen a bit short of my original claim of discussing “Every Outdoor Activity Ever”, but you can’t say I didn’t try. Well actually you probably could say that. I certainly didn’t. At least not very hard. And while there are still hundreds of other “outdoor activities” I could pointlessly express my distaste for (hiking, canoeing, walking, golf, biking, fishing, paintball, swimming, picnicking), I don’t think I will waste any more of your valuable time.

I’ve always subscribed to the old “Teaching A Man to Fish” adage, in that it really is hypothetically possible to teach a man to fish. Not that it’s a particularly useful or interesting skill to have, but the fact remains: Fishing can be taught. I mean, provided both the subject and tutor are willing to learn and to teach, respectively. But come to think of it, you’d probably have a pretty hard time finding a grown adult who actually wants to learn how to fish (and kids are out of the question due to that court order). Most people hate fishing. Perhaps you could simply teach yourself to fish.

But in the end, I think the point I’m trying to make here is: Fishing. It really is fantastic.