The Christmas season has arrived once again, and we all know what that means…new gaming PCs! As you may well know, providing free tech support to those in need has always been a favorite pastime of mine, and seeing as my love of electronic devices is second only to my distrust of information published by the secular newsmedia, I figured, heck: What better way to celebrate this season of giving and receiving than by sliding a thick, bulging tube of good old-fashioned PC advice into the gaping orifice of your souls!

Why a Christian guide to computer assembly? It’s fairly simple: While there are plenty of humanist PC how-to guides out there, these are little use to those of us who believe that Christ will soon return and rain fiery vengeance down upon all the blasphemers, homosexuals, and non-catholic pedophiles of the world, We Christians prefer to take advice from those who share our worldview, that way we can ensure we are doing things in the godliest way possible.

Notice: If you happen to be reading this in any month other than December, please close your browser immediately. This is a Christmas article and I will not have you besmirch the baby Jesus’s name by reading it during any of the secular months. Peace be with you. 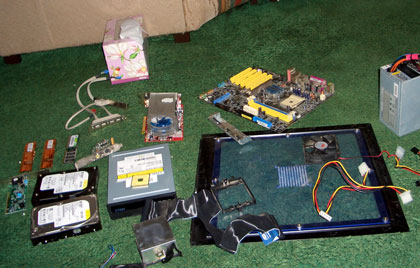 Many of you may want to jump right in and start building so you can play all the latest and greatest shoot-sims and beat-em-off actioners, but I think it’s probably best that you learn a bit about the basics of computing before you make an expensive investment in computer parts. You wouldn’t buy a car without learning how an internal combustion engine works, would you? Of course not! Well the same goes for building your own PC.

Just a side note: The metric system is most commonly used when talking about PC components, but as I’m sure many of my fellow Brothers in Christ are aware, this system of measurement is not highly flawed, but blasphemous, as the Bible strictly forbids it’s usage (Corinthians 4:09). As such, I will be using only the Biblically-sanctioned (and far superior) imperial measurement system when describing these parts. If you have any problems with this, I suggest you take it up with God.

But let’s get on with it: Here’s a brief overview of each basic PC component. 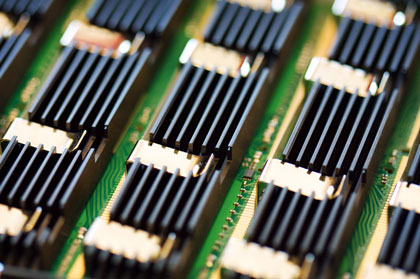 As you can probably tell from the name, memory is your PC’s brain! Memory performs so many functions it would be impossible to describe them all, but here are the most important ones:

Dictates Which Games You Can Play

Every game you play on a computer must be stored in its memory banks. If you do not have enough memory to play a particular game, the data will overflow, spilling out of the memory chips and into adjacent circuits and causing damage.

But never fear: Most modern computer are equipped with trip switches which will stop your data from overflowing. Under this system, when your memory becomes full, your PC will simply turn itself off, and display a message on the monitor which says “Stack Overflow.” No permanent damage will occur, but if you see this message frequently, it is probably time to add more memory.

In the old days of computers, if the user needed to solve a math problem whilst on the computer, he would need to enter each equation into a text file, convert this file to binary code (the language of computers), and use a special program to compute the answer before converting it back. But no longer. Modern memory banks have become so smart that now computers are even able to perform complex types of math such as statistics, trigonometry, and calculus in minutes with a single press of a button.

When thought of in the context of the Holy Trinity (The Father, The Son, & The Holy Spirit), computer Memory should be thought of as “The Father” (God). It’s rough, it’s tough, it’s essential, and it’s not afraid to give a few thousand children terminal cancer in order to teach their parents an lesson about “how important life is and stuff”.

The processor should be though of as the “heart” of the computer. It keeps the blood (bits) moving through the computer’s veins (circuits). In the imperial system, processing speed is measured in Canute Hundrethweights (derived from the English King Canute’s ability to perform various physical feats). For example, a Pentium 3 processor has power level of 14 Billion Canute Hundrethweights, while the substantially more powerful i7 series provides an astonishing Ninety-Six Trillion!

Processes & Backs Up Your Most Important Files

The one and only function of the Processor is to ensure that files get where they are supposed to be, but did you know that you can also recover files you may have accidentally deleted (if you’re quick enough) because of the way a processor operates? It’s true! Take a look:

The processor uses what are known as DIP switches. Every minute on the dot, the dip switches reset, blanking out all the files inside your computer to make room for new files (if it didn’t do this, your hard drive would become full of rubbish files after only a few days of use).

The trick to recovering supposedly “deleted” files is to simply open up the PC and remove the processor before the DIP cycle is able to complete itself. If done correctly, when you re-insert the processor, your computer should have reverted back to the beginning of it’s 1 minute DIP cycle (meaning the files you thought you had deleted have not even been deleted yet). Viola! Your data is back, safe and sound.

Think of the processor as the “Son” (Jesus) portion of the holy trinity. Like Jesus, the Processor might seem boring and unimportant at first, but I think you’ll find that if you remove it (or him) from the equation, things begin to fall apart rather quickly. 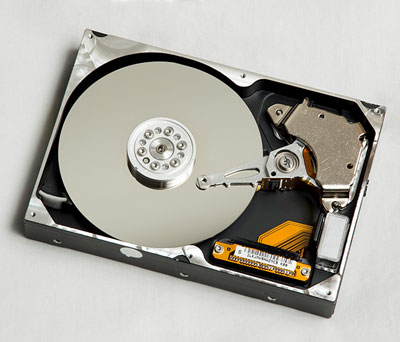 As strange as it may seem, the hard drive is best described as a PC’s stomach. It is where information and energy are stored to be accessed at a later date. Without bits and bytes in it’s hard drive, a computer will just sit there, doing nothing. Obviously a computer is a machine which cannot starve to death like a human, but it IS necessary to fill the hard drive with programs and files, to keep it running smoothly.

But be careful! The more information you pump into a computer’s hard drive, the heavier it gets! Because of physics, this cannot be avoided. The storage capacity of modern hard drives is expressed in Gross Register Tons. Simply put: The higher the GRT rating of a particular drive, the more packets of information it can store without crashing! When looking at a computer, look on the box and find the one with the highest GRT you can find.

I personally find GRTs to be unwieldy as a form of measurement. I very much prefer to use KJB’s (King James Bibles) when I wish to express hard drive space. Just as an example, if rendered in 8 bit text, a 400 GRT hard drive is would be equal to 482,344.96 KJBs. Pretty simple right?

The Hard Drive is like The Holy Ghost: Always present in the background, waiting to strike.

I haven’t read my bible in quite some time, but I’m fairly certain that the holy ghost is supposed to be Moses. If memory serves me right, there is a chapter in the bible which The Holy Spirit comes across a bunch of children who are torturing a dog by tying a rusty old can to its tail. The Holy Ghost chases them away and lets the dog free, and the dog licks his hand. Then, on the next page there is a picture showing Moses being followed by a bunch of children and if you look closely, there is a dog with them.

I guess it could be a different dog, but that seems like a pretty big coincidence if you ask me. 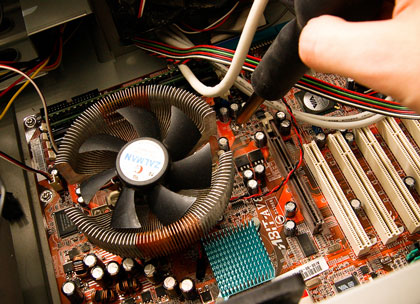 This part is self-explanatory. Once you’ve bought all your parts, simply snap them together as noted in the instruction manual and plug the PC into a nearby wall socket. After that, you’re only a single button press away from gaming heaven! Pretty cool huh?

Although, if you do require a more in-depth and highly technical look at This Article Written By A Recently Deceased Colleague Of Mine which goes into more detail about how each part snaps together, but honestly I don’t think you need it. Building a computer is easy 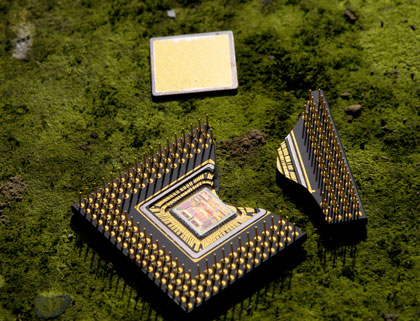 If, for whatever reason, your PC won’t turn on when you press the button, there are a number of things you can try.

That should be more than enough information to get you started down the road to personal computing. And I know it sounds “uncool”, but if you have any further questions about computers, I recommend checking out a computer book at your local library.

As Christ said at the top of the Mount of Olives: “He whose heart is filled with a desire for riches shall prostrate himself before me, and so shall he receive my seed of love, and henceforth his pockets shall runneth over with forty score and ten pieces of eight, so says I.”