This should tell you pretty much everything one needs to know about taking a trip to Wyoming (namely: that one should not do it), but I suppose if you’re a glutton for punishment you can go ahead and read on. At the very least, I feel I’ve managed to compile a relatively decent overview of the least uninteresting tourist destinations located in Wyoming. So that’s something, I guess. 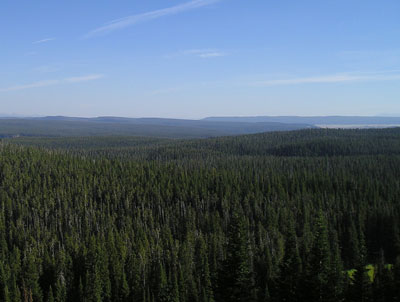 I’ll tell you this: If a large, mostly undeveloped tract of land is (by far) the most popular tourist attraction in your state, you’ve got a bit of a problem. There are only so many dewy-eyed luddites left in the world who relish the prospect of taking exhausting 3-hour hikes down litter-strewn paths as violent forest fires rage all around you and hissing mosquitoes the size of grapefruits slurp the marrow from your aching bones.

I will give the park credit for one thing though: Geysers. I wouldn’t go out of my way to visit one or anything, but if I happened to stumble upon a geyser accidentally, I’d probably stick around for a few minutes and have a look (which is more than I can say for anything else in Wyoming).

But I really don’t want to come off sounding overly negative about Yellowstone. It’s really not that horrible of a place, provided you really enjoy driving long distances to view specific pieces of scenery. That’s not really my thing, so I’d say that if I had to rank the park on a “Places I Would Deliberately Visit Again” list, I’d probably place it somewhere around 1,827th. To put this in perspective: This places it just ahead of My Dead Great Aunt’s Mildewy Basement, and just behind The Inner-City Gas Station Bathroom With The Non-Locking Door I Had To Use When I Got Lost Going To A Highschool Job-Shadow Day At A Graphic Design Firm.

Obviously that’s not a glowing recommendation or anything, but it’s not too shabby by Wyomingian standards. 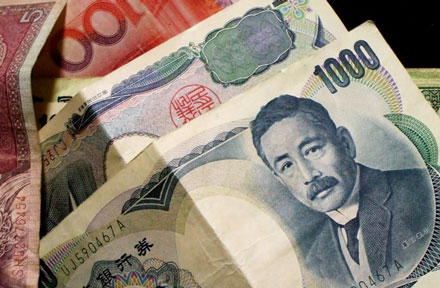 While this is technically more beneficial to full-time residents than tourists, I still think it bears mentioning that Wyoming imposes no individual income tax on its citizens. This was done for a number of reasons:

1. Too Difficult To Enforce

Since a full 84% of the population of Wyoming is either unemployed or self-employed (in occupations ranging from Poultry Financiering to Beekeepery), the collection of taxes would be prohibitively complex and expensive. As such, the state has mostly given up on collecting taxes.

Consider this…If you were born in Wyoming, what would the first thing on your mind be? That’s right: Leaving Wyoming. So it stands to reason that a 0% tax rate would provide a nice incentive to keep the state’s children from fleeing to Idaho in a state of harried despair on the eve of their 18th birthday.

“Wyoming: Come for the Coal Bed Methane deposits…stay for the extra money you’ll have to spend on entertainment which will [hopefully] keep you from blowing your own brains out due to the fact that you were unfortunate enough to have been born in Wyoming.”

3. The State Would Have Nothing To Spend Tax Money On Anyway

Most of the money you pay in state income tax is used to fund services such as road maintenance, law enforcement, and public education. It should come as no surprise to you that Wyomingians have little use for such services.

Road maintenance is all but unnecessary (residents have little reason to drive anywhere, as there is nearly always a liquor store or smoke shop within walking distance), law enforcement comes dirt cheap (two sleepy deputies and one beaten-down old coon hound per county), and public schools do not even exist (due to the rampant distrust of well-educated, humanist authority figures, the entire population of Wyoming has been homeschooled since 1894).

So as you can see, attempting to impose taxes on the citizens of Wyoming would be foolhardy indeed. 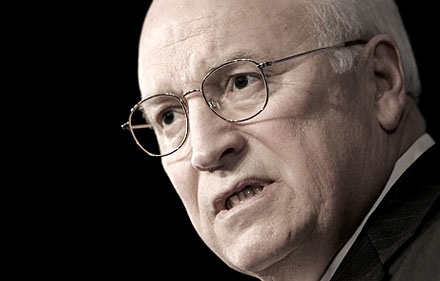 Every state has it’s share of famous people who were born there. Well, every state except Wyoming.

OK, maybe I’m exaggerating a little. I actually did find three legitimately “famous” people from Wyoming: Buffalo Bill, Jackson Pollock, and Dick Cheney. So in about 150 years of statehood, all they’ve really got to show for it is some tired old cowboy, an artist most people haven’t even heard of, and one of the most hated political figures in the history of the world.

But I guess that’s not so bad for a state which is often described as “Nebraska’s significantly less exciting twin brother.”

None of the tourist destinations below seemed to warrant their own section, so I’ve gone ahead and compiled them together in this final section for your mild amusement. 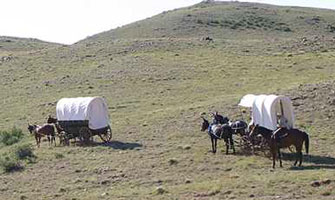 According to an endearingly low-budget website chosen at random from the first page of a careless internet search I conducted for “Morman (sic) Pioneer Trail”, the Mormon Pioneer Trail was “The best organized mass migration of Mormons in American history”. So I guess that’s ONE legitimate Historical Point Of Interest Wyoming could include in its brochures: “At one point, a bunch of religious nuts passed through here on their way to somewhere else.” While this may not sound worthwhile to you, it is important to remember that this is Wyoming we’re talking about. When it comes to selling points, they should take what they can get. 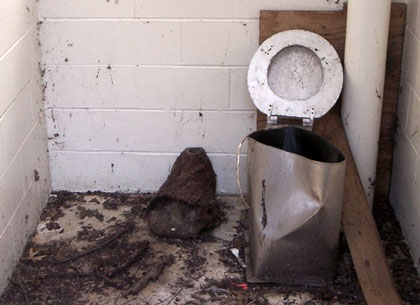 The Orin Junction Rest Area has been a staple of the Wyoming tourism scene for or over 6000 years. Features include the sucky kinds of snack machines which dispense only apples and sandwiches, filth-encrusted bathrooms utilized mostly by truckers, and what appear to be homeless family sleeping in 88 LeSabres heaped full of trash. 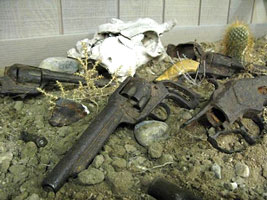 While the curator of this particular establishment probably could have come up with a slightly more dignified name, I sort of doubt that this would’ve improved business much. If anything it might’ve actually caused fans of Rusty Guns Which Appear to Have Been Excavated to dismiss the museum as “Highfalutin”, a judgment which, to the proprietor of a Wyoming gun museum, is tantamount to a death sentence.

But I wonder if perhaps they did not go far enough in their folksy naming. Why not simply follow this sort of naming to its logical conclusion and call it, “I Dun’ Dug Up Some Old Guns, Wanna See (You Varmint)?”

My bet is that fans of decrepit, nonfunctional guns would have a pretty hard time passing up a visit to a place with a name like that. 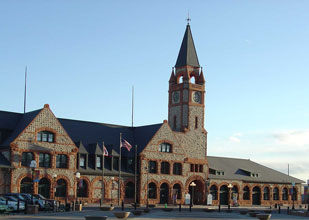 You feel a queer stirring in your loins upon entering these hallowed halls of ancient trainery. Everything about this place speaks to your very soul.

The brochure claimed that this station was “one of the best examples of Richardsonian Romanesque-style architecture” and even though you cannot begin to comprehend whatever the fuck it is this phrase even means, you must admit that the pillars and old-timey wood-type stuff they have along the ceiling are “pretty cool”.

Cautiously, you approach the main exhibit, the infamous train known simply as “Engine 1242”. “This was the oldest locomotive to run the Walcott-Saratoga-Encampments branch line from November 1921 until May 1954!” You cry, choking back tears. “I can’t believe they’ve surrounded it with a unique train folk art fence that was handbuilt by the last engineer to drive the engine, who walked the line of the tracks for dozens of miles picking up found objects and then welded them into a fence!”

You drop to your knees, heaving sobs and pounding the cement floor while shouting “Why did you have to take them O Lord! They were so young…so young! You son of a bitch! You goddamned son of a bi-i-i-i-i-ccchh!”

A young girl approaches, placing her hand on your shoulder.

You turn to her, face streaked with bloody tears, and smile feebly.

“God bless you my dear,” you sputter, throwing your arms around her neck in a clumsy embrace, “God bless you.”

And it is then that you hear the sirens.

It should come as no surprise that this article ends the only way an article written about Wyoming could: With a tired sigh and the distinct feeling that everyone involved has wasted their precious time.

But sincerely I hope that I’ve not offended either of the Wyoming residents with this guide, as it was probably not my intent to do so. I’m sure that both of you are perfectly lovely people, and also that Wyoming is a serviceable enough place to pass through without letting your foot off the gas for even a moment.

So live your Wyoming lives to their fullest: Turn on a rerun of Judge Judy. Toss some head cheese to the feral hounds who prowl your abandoned neighborhood. Open your ancient windows and let that stale, dry Wyoming breeze whisk the sorrow and dandruff from your hair.


“If I do hit that rope and do a hop, skip and a jump and get up as high as I can, I’m just going to hold my breath, because I know i’m going to hear all kinds of scar tissue popping.” – Benjamin Franklin
Image Credits
1 2 3 4 5
View Cynical Tourist Guides For All 50 States