When people think of California, they often think of brownouts, laughably overpriced homes, women in thongs accumulating malignant melanomas on beaches, and endless lakes of fire choked with the tormented souls of the damned, whose shrieks of agony will haunt your dreams for all eternity.

Come to think of it, that last one might not be entirely accurate, as I haven’t been to California since I was a kid. But I’m reasonably sure I remember staying at a Holiday Inn Select in the 6th Circle (kitty corner from the barbed-wire gallows) where the screams of the unbaptized babies they were flaying the skin off of kept me up until like 2AM one night. Talk about annoying.

But hey, let’s go ahead and see what California has to offer tourists, shall we?

THE MUSEUM OF PEZ MEMOROBILIA 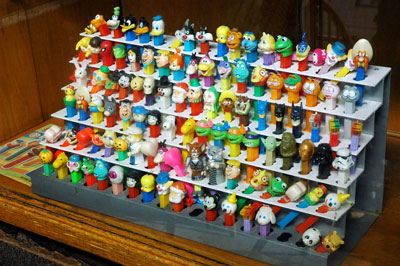 Are you a nostalgic, retro-t-shirt wearing asshole who pines for the “good old days” when standards were low enough that lightly flavored bits of dry chalk that came in shitty, inconvenient plastic dispensers were popular? Do you consider the pointless inclusion of the malformed heads of popular cartoon characters on products to be “awesome” rather than “a blatant and unbelievably cheesy combination of insufferable retro kitsch and cynical marketing meant to cater to impressionable children as well as developmentally crippled near-future adults”?

If the answers to one or both of these long-winded and barely comprehensible questions is yes, then perhaps a trip to the Museum Of Pez Memorobilia (read: a couple rooms filled with old corporate trash collected by people who are likely the most depressing human beings every to have walked the earth) is right up your alley.

But seriously: Why are people so obsessed with Pez? Not only is it not great, it isn’t even good. It isn’t even decent. Look, here’s a little table to prove how thoroughly Pez blows:

So I think my point is that if you like Pez for some reason, you’ll probably love the Museum of Pez memorabilia, located conveniently somewhere in California.

2ND LARGEST IRON METEORITE IN THE US 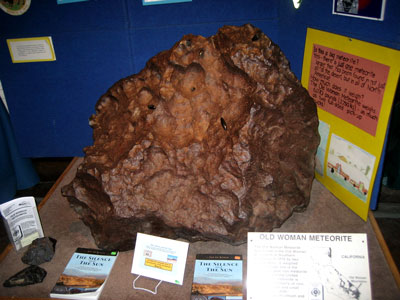 Do you find the idea of a large, extremely old piece of iron that fell from space fascinating enough that you would go well out of your way while on vacation to see one? If so: Do you have brain damage? Because meteorites are not that great.

I mean, I don’t even think I would give a shit about the world’s largest meteorite, even if it were as big as a house, so I’m certainly not gonna get all worked up about this piece of junk. So it fell from the sky, big deal. Do you have any idea how much crap is floating around in space? A lot, so some of it’s bound to come plummeting to earth eventually. And anyway, we already had plenty of old iron rocks around here already. Everybody is sick and tired of iron, OK?
Jeez. 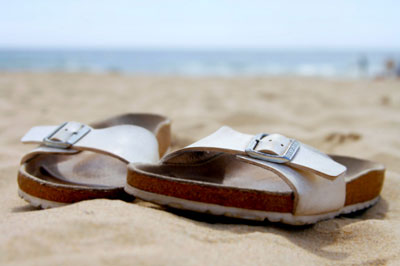 I don’t like the beach. I probably wouldn’t mind it so much if I could have the whole place to myself, but usually there are a bunch of other people there, which annoys me. And that’s not even to mention all the so-called “Beautiful People” you always see at beaches (especially California beaches). California is typically said to contain more “beautiful” people than any other state, and I have no idea whether this is true or not (my suspicion is that it isn’t), but frankly it makes very little difference to me as I try to avoid hanging around in places where attractive women tend to congregate in skimpy clothing.

This may seem counterintuitive to some of you (namely, my fellow heterosexual males, and possibly a few lesbians) but the truth is that I find the teeth-clenching desire and feelings of animalistic lust that goodlooking women often inspire in me to be more than a little distracting, and occasionally somewhat disturbing. Anyway, I’ve never liked the idea of leering at a attractive woman, it strikes me as too obvious. You can just see her narrowing her eyes at you and thinking “yeah…that’s right, you know you love it…take a good look me, fatboy.” They love the attention. That’s why I don’t even look anymore. Why give ’em the satisfaction? What a bunch of beautiful idiots.

Hey better yet, maybe I’ll just stay in my house with blackout curtains over the windows, where I’ll while away the hours sipping listening to opera while cutting the eyes out of photographs. If, by chance, I happen to come across a beautiful woman on the internet or television, I turn off the screen immidiately it and walk into the other room where an oversized basin full of ice awaits. I’ll then lower myself (fully-clothed, naturally) into the basin while reciting the lord’s prayer. My theory is that the unclean feelings should pass in an hour or so. 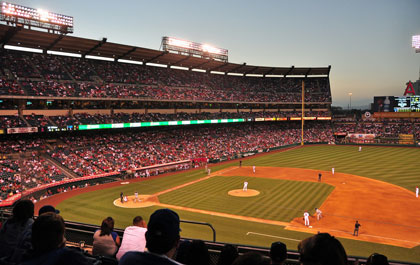 The way I see it, people who love sports can be divided into two categories:

And just what does any of this have to do with the fact that California has a ton of sports teams? Nothing at all. I just hate sports and wanted to get that out of my system. So let’s move on, won’t we? 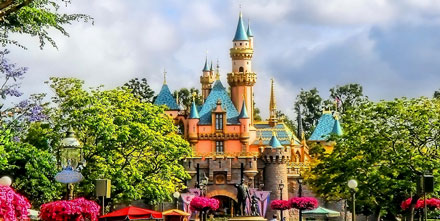 Like most people in the US, I visited Disneyland as a kid. Frankly, I was not too thrilled by it. I mean sure, it was fun and everything, but as a theme park which is often marketed to kids as being the second most amazing place on the face of the planet (Disneyworld being the first), it was a real dissapointment. Here’s a far more realistic overview of what the park has to offer:

Tell me this: Does standing in line (in the face-scorching California sun) for up to 3 hours in exchange for 2-6 minutes of fairly decent excitement on a theme park ride sound like a fair trade-off to you? If so, then you will probably have the time of your life here.

The lines may be long, but at least the rides at the end are worth the wait, right? Definitely! Let me tell you, you haven’t lived until you’ve taken a journey on the hokey 30+ year-old “Submarine Voyage” ride, in which you travel 20,000 legues (2 feet) below the ocean’s (pool’s) surface to sit in the cramped cabin of a submarine on rusted out rails as it groans its way past a bunch of cheap d-grade animatronics, large bubbling aquarium treasure chests, and dead fish. Yes, Disneyland truly is the place in which dreams are manufactured.

Here are a few of the horrifying deaths which have occured at Disneyland since its inception*.

Mr. Toad’s Wild Ride is an attraction in which riders relive the journey of the possibly intoxicated Mr.
Toad (an anthropomorphic amphibian who is ostensibly afflicted with a severe case of mania) as he takes goes on a low-speed joy ride characterized by the wanton
destruction of public and private property and several incidences of gross vehicular manslaughter. The ride ends with toad (the riders) being sentenced to death without trial by a vindictive judge, and subsequently roasting alive in hell. Yeesh.

We come to the end of the Cynical Tourists Guide to California, which, through my scatterbrainedness and an inability to edit properly, has somehow managed to become “The Cynical Tourist’s Guide to Gruesome Accidents That Happen At Disneyworld & A Couple Other Things”.

But just so you’re aware: California is not an easy state to make fun of. I had originally intended this series to focus only on boring “loser” states such as Idaho, Wisconsin, or Montana, but for some reason thought it would be “fun” to do every state in the union. Obviously this was not correct.  ere was really no point in me even trying, unless I felt like falling back on the old “dope smoking hippies and boneheaded surfer” stereotypes, which I most definitely did not feel like doing. So instead, you get this shapeless placeholder of an article.