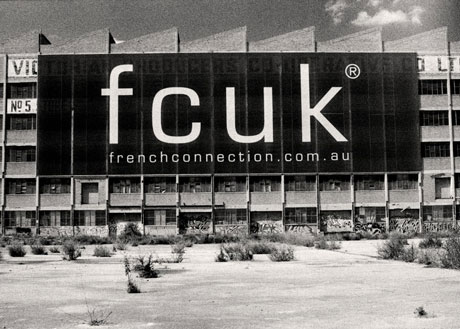 Recently I performed a search on the internet for "The Alphabet Of Swearing" in the hopes of finding a list of curse words beginning with each letter of the alphabet. Much to my surprise, aside from a couple of disappointing "Yahoo Answers" replies and an article or two from websites even shittier than this one, I came up emptyhanded.

Needless to say, I could not let this stand. A world in which a thoughtful list of curse-words for each letter of the alphabet did not exist somewhere on the internet was not a world in which I wanted to live.

This left me with two choices: I could either commit suicide, or create and publish the alphabet of swearing myself. So I decided to go with the list.


Note: I've refrained from resorting to racist, homosexual, or ethnic slurs wherever possible. Let me assure you that this was not done due to the "offensiveness" of these words. It's just that the list would've been far too easy (and therefore significantly less fun) to compile were I to allow myself to employ hatespeech.

A Stupid, Incompetent, or Detestable Person

"What the hell is wrong with you?
You some kind of an asshole or something?"

A Malicious, Spiteful, or Overbearing Woman

"Seriously, that bitch been throwing rocks at my house all day!"

The Female Genital Organs (Or The Woman Attached To Them)

"Cunt is the new Fuck"

"That's the last time I put my dick in there. Look at this mess!"

"It's a load 'o codswallop, it is it is, I brought me 'effing trainers to the cobblers a donkey's year ago 'an I've 'erd nary a word from those sodding filchers!"

To Engage In Coitus With —Sometimes Used Interjectionally With An Object

"Damnation" is the concept of condemnation by God resulting in a being's punishment.

"Goddammit, some piece of shit just outbid me on this Mama's Family The Complete Series boxed set!

An Erection Of The Penis

"Look closely at this trading card, and you'll see that C-3PO has a hard-on."

To Ejaculate Into One's Own Bladder

"Seriously dude, just clamp it off and you'll interjaculate. Swear to Christ. Best feeling in the world."

"Look at this jackoff, he's taking up four parking spaces!"

"I could eat a knob at night."

"Pile the slings of your trebuchets high and deep with festering members, and then, on my mark...prepare to lobcock!"

One That Is Formidable, Contemptible, or Offensive

"If all of you motherfuckers could just go ahead and raise your hands into the air, I'd be much obliged."

A Simpleton, Idiot, or Fool

"Man, get yo nupson ass up outta here before I change my mind!"

Man Who Uses Coitus Interruptus As A Means of Birth Control; A Masturbator

"Amongst self-pleasurers, the boy is without peer. Why, just the other day the little onanist performed his act for the Devlin's and I. It was quite a treat."

A Spiteful or Contemptible Man (Often Having Some Authority)

(Old English) A Disreputable Woman; A Hussy or Prostitute

"Begone from this place, quean, before I cave thine head in!"

External Stimulation Of The Sphincter To Cause Sexual Arousal

"I couldn't believe she was charging six dollars extra for rimjobs. I mean, I can see a dollar or two, but six? No thanks."

Feces; The Act Of Defecation

"What the shit was that shit all about?"

Reasonably Offensive Term For A Woman (Or Her Vagina)

"Stop her! That crazy twat just stole my Clark Bar!"

The Rump Of A Bird

"You sir, are nothing but an Uropygium, and I shall have nothing more to do with you, or your ilk."

Italian Slang Meaning "Go Fuck Yourself [In The Ass]"

Promiscuous Woman; Woman Who Engages In Sexual Acts For Money

"And so it was that the whore climbed up the escarpment, and raged until the coming of the dawn."

"500,000 Kurus for a black and white television is an outrageous price to ask. It would please me greatly to see you place a yarak between your lips and blow upon it. I spit upon your threshold, and may your children be afflicted with the canine madness."