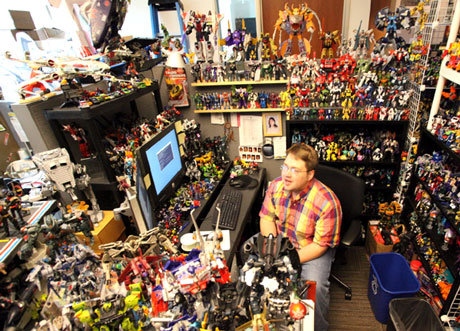 Obviously there are plenty of misconceptions out there about Manga, but this is certainly not uncommon among the higher arts. In fact, when Opera first came on the scene in the early 1600s, it faced many the same criticisms that manga currently does: "Oh, I can't understand what is happening," "Why is everyone screaming?" "Is there some reason all the characters are white?" "Why does every woman have a huge chest?" "Is it entirely necessary to to portray child molestation so graphically and enthusiastically?" and so on.

But enough of this. I've already given these detractors more time than they deserve. Let's get on with the questions!

I HEARD MANGA IS ONLY FOR PEDOPHILES AND RAPE FETISHISTS, WHAT'S THE DEAL? 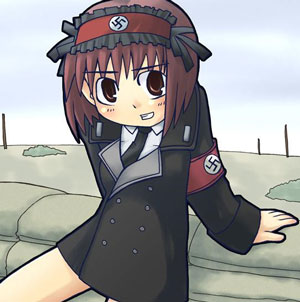 But truth be told, this sort of manga, while extreme, makes up only a small portion (40% or less) of the entire manga market.

MY BROTHER SAYS ALL MANGA IS THE SAME, IS THIS TRUE? 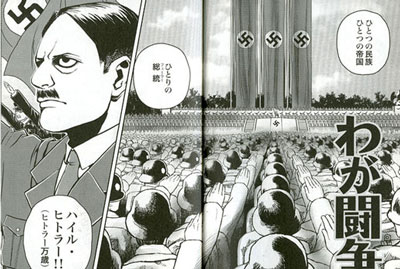 Most definitely not! I often have to field this question, and I can't help but laugh at its absurdity. Manga is drawn and written by many different artists. Saying all manga is the same is like saying all four Ninja Turtles are same, and newsflash, Manga Hating Idiots: Each turtle has a different bandana color, and a different voice.

CAN I DRAW MY OWN MANGA ART WORKS?

Yes, Drawing manga is easy and anyone can do it. To prove this, here is some manga art I drew: 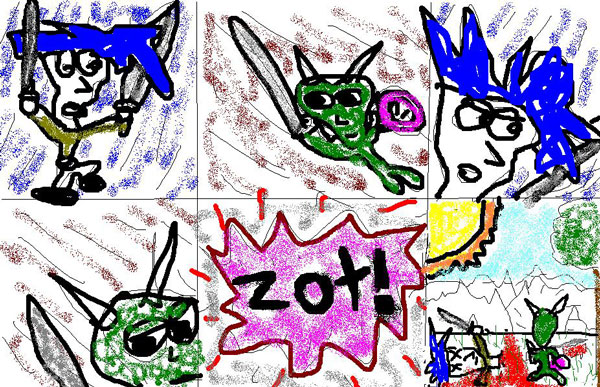 Funnily enough, it only took me a couple of hours to create that, and as you can see, it's almost indistinguishable from so-called "professional" manga. Just goes to show you what you can accomplish in this world with just a little elbow grease.

WHAT IS THE BEST MANGA OF ALL TIME?

I shall answer your question with a story: Some time ago, I was wandering the internet and happened to stumble across the Manga Shakespeare Series Of Graphic Novels.

Obviously I didn't order any of them (mostly because they looked so stupid), but I'm just going to go ahead and choose three of these books at random as "The Best Mangas of All Time," even though I haven't even read them. It may seem disingenuous, but these are the only ones I even know the titles of, so they will have to do. Here are summaries I've written of each book based solely on the cover. 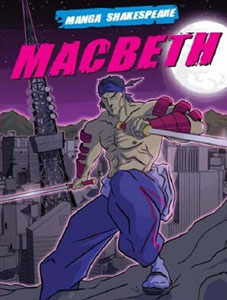 True to the original play, the Macbeth of Macbeth (Mark Macbeth) is a shirtless drifter who doesn't play by the rules. Mark takes a job as a mercenary, and soon enough, he ends up in the service of the evil drag queen, King Zach. But Macbeth's devil-may-care attitude quickly gets on the king's nerves, resulting in a duel to the death between these two powerhouses.

This manga does have some troubling sexual overtones (prosthetic breasts which spew acid, mechanized crabs with razor-filled vaginas instead of pincers, and cats whose penises expand to astronomical proportions before ejaculating enough to blot out the sun, bringing about a new ice age which results in the end of life on earth as we know it), but overall, this is probably one of the best mangas I have ever read. 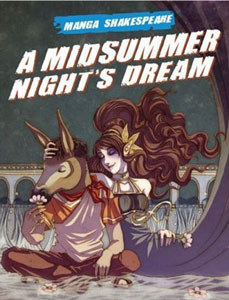 Based on a bestselling penny paperback by William Shakespeare, a Midsummer Night's Dream is the touching true story of an elf woman (Bobo) whose lower body is ostensibly made entirely of curtains, and her terrifying anthropomorphic donkey, Big Junior. Together they battle the forces of evil using their passion for doubles tennis and illegal drift battles as their only weapon. This manga's story is an epic one, as it spans 3,421 pages and one large (waterproof) 3-D blacklight poster. This manga contains some violence but is suitable for ages 3 and up.

1. Much Ado About Nothing 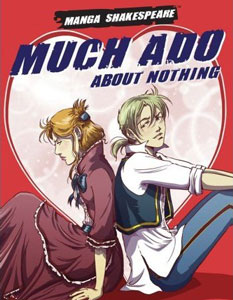 Much Ado About Nothing is one of my favorite Shakespearian works, and I must say I was very much looking forward to reading a modern manga take on this timeless classic. Unfortunately, I was shocked to discover that the story in this book amounted to little more than a precise frame-by-frame retelling of the 1966 Don Knott's film "The Ghost & Mister Chicken" interspersed with some of the dialogue from the original play.

What's more, the authors did not even take the time to redraw each scene from the movie themselves, and have instead resorted to simply printing random screen captures from the film in each panel. Take a look: 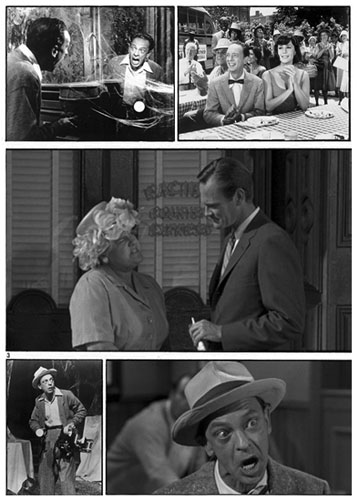 Overall, this book ends up being only slightly more nonsensical than the others in the series, but I would hesitate to recommend it to manga purists. 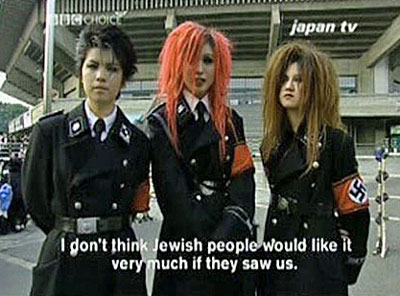 As Theodore "Teddy" Roosevelt once said "Has anyone seen my keys? I think I lost my goddamn keys."

Coming from a man who rode a mule to work, that certainly means a lot.