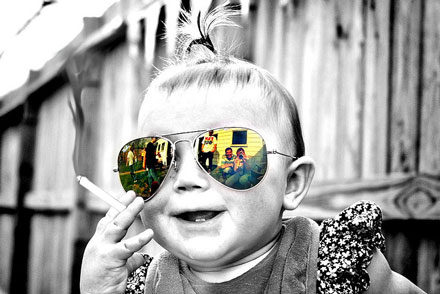 Choosing the proper name for a newborn child is no easy task. If you choose something too common, your kid may turn out to be a dimwittedly successful but utterly joyless human being like George "The Miser" Lucas, Jay "Lowest-Common-Denominator" Leno, or Steven "I'm Seriously A Real Cop" Seagal. But if you pick something too off-the-wall like Moonshadow, Cockjob, or Bridge To Terabithia: Look out. Your kid'll get hassled so much that they'll probably end up going all cutty-cutty or shooty-shooty before they've even reached their fourteenth birthday, and that's not something any parent wants.

So, as with most things in life, the secret here is to find a happy medium. Choose a name that's just quirky and original enough to turn some heads, and your baby is almost assured a place within the pantheon of Happy Successful People With Cool Names like Galileo Whateverhislastnamewas, Nicholas If-Jesus-Christ-Had-Not-Died-For-Thee-Thou-Hadst-Been-Damned Barbon, or Bobcat Goldwaith.

So to help you on your way, here is my exhaustive list of the Coolest Baby Names Of All Time.

NAMES FOR CHILDREN WHO ARE LIKELY TO BE BULLIED 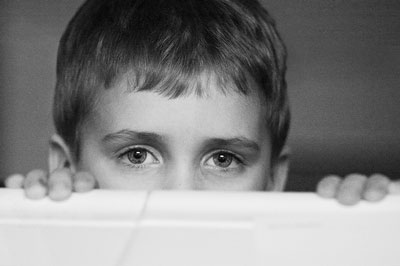 Case in point: My name is Kevin. I wasn't really bullied as a child, but I should have been. It's not that Kevin bad name per se, but nobody's ever going to try to make the point that Kevin is a tough guy's name (Kevin Sorbo notwithstanding), and it's almost assured that in your entire life, you've never once heard someone utter the phrase "Oh man, I just got my ass kicked by this guy named Kevin."

Far more likely is that you've heard, "I'm going to see if Kevin knows what's wrong with my computer," or "I wonder if Kevin is finished painting his stupid dragon figurines yet," or "Did you hear? That weird janitor Kevin got arrested for exposing himself at work!" So as you can see: Not "tough" by traditional standards, but maybe in a spaz/serialkiller tantrum sort of way.

But enough about me. Here's a list of some other baby names you can give a (male) child if you want kids to push them around. 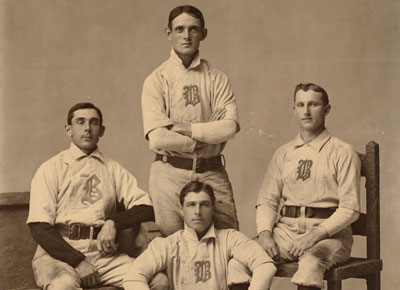 Does the idea of having to choose from all these newfangled "contemporary" names give you a case of the cogitations? Then why not give your child a head-start on curmudgeonhood by bestowing upon them one of these antique appellations. 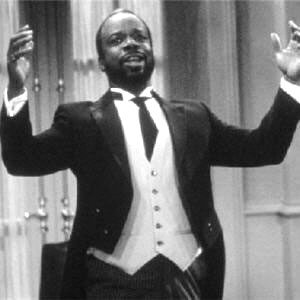 If a person wants to be a butler, they've got to have the proper sort of name. Nobody in their right mind is going to hire a butler named "Rusty" or "Gorlick", or "The Rickster". Certain names just don't work. That's why parents who plan on grooming their child for a life of indentured servitude would do well to give them one of the following names. 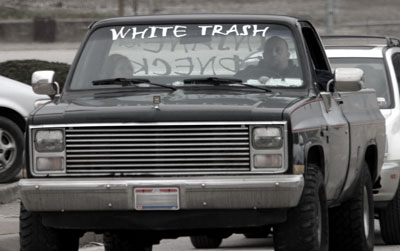 It's nearly impossible to be recognized as poor white trash without a proper hillbilly name. Luckily for all you buck-toothed, single-overall-strapped crackers out there who've reached breedin' age, I've compiled these lists of the top 10 coolest hillbilly names for young'ns and also for young'nettes. Yee-haw, I suppose. 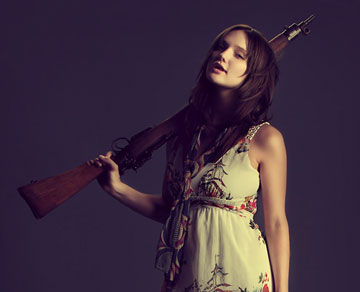 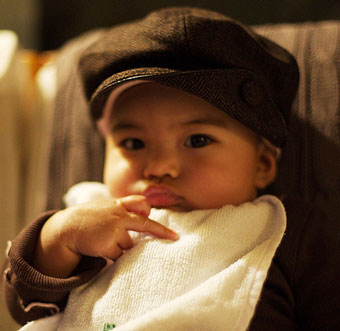 My baby could beat the shit out of your baby. Give a child one of these names, and they're practically guaranteed to become a squinting badass who callously guns down vaguely ethnic criminals in the streets and/or jungles of some third-world country. Cool right?

A BUNCH OF COOL NAMES NOBODY EVEN USES 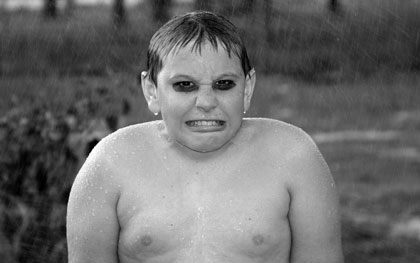 I have a hard time understanding why people continue to give their children common, unoriginal names like James, Mark, or David. Don't you people realize that each year there are thousands of awesome & supremely original names out there which go unused? It's shameful! So here's a list of wholly original names which would undoubtedly ruin your child's entire life.

Babies. If we're going to be completely honest here, what we name children is not what's really important. What's truly important, is that you feel affection for your child. So take baby for a ride on a motorcycle. Light them up a cigarette. Toss them around roughly. Allow them to chew on poisonous chemical beads you bought at the dollar store. It doesn't even matter.

Babies are strong. They can take it.