I hate to be the one to break it to you, but there’s a pretty decent chance you’re going to die. Don’t feel bad, it happens to the best of us. At the very least, you can take solace in the fact that you’re in good company. I have it on good authority that a number of famous people have also died. St. Thomas Aquinas, for example. And George Carlin? Long gone. Kurt Vonnegut kicked off only recently as well. Why, even old Donny “The Royal Asshole” Regan ate it eventually, despite his repeated assurances that he’d be sticking around indefinitely to “keep his boot upon the necks of the poor”.

I guess my point is that it isn’t the inevitability of death which frightens most of us. No, most people worry about the way they’ll go. A lucky few will go quietly in their sleep, some will experience a massive thrombotic stroke while piloting a motorized scooter, and others will (puzzling though it may be) somehow manage to receive a stray bullet to the brainstem while ogling children at a Chuckie Cheese.

And while goes without saying that most people have very little say in the method of their own demise, it is sometimes possible to steer the hand of fate in a certain direction. So for those who are interested in achieving a more interesting death, here are (in no particular order) Four Most Fascinating Ways To Die. 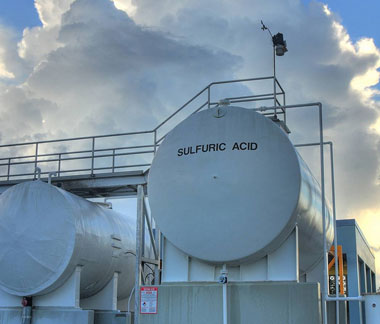 Obviously this is going to be subjective, but this is potentially the most “universally gruesome” death story I’ve come across in a long while:

A physician we interviewed recounts the story of a laborer in Africa who worked around vats of sulfuric acid — one of the most caustic forms of acid. The man fell in one day. He quickly leaped out, but was covered in sulfuric acid, which immediately began to burn him chemically. In a panic and excruciating pain, the man ran outside. By the time his coworkers caught up to him, the man had essentially dissolved.

The acid burned the man to death, searing through skin, cauterizing blood vessels, and eating through organs until he died. The pain would be unbearable, and the circumstances irreversible. This is unquestionably a really bad way to die.

I would tend to agree, and moreover I would propose that being elbowed into an enormous vat of acid and subsequently being dissolved alive is probably a more painful way to die than Burning Alive (the current “Most Painful Way To Die” champion). However, this is only my opinion. While I may not agree with Burning Alive proponents, I can certainly respect their theory.

And anyway, the only method I could come up with for resolving this would be to conduct a study in which people were either dissolved with acid or burned to death. Just before the pain became to overwhelming as to render them unconscious, they would be instructed to scream out or gurgle a number on a ten point scale to express the pain they were feeling. But even then it wouldn’t be foolproof, as one man’s 4 (“Oh Sweet Jesus It Hurts So Much!”) is another man’s 10 (“I Wish To Inform You That The Level Of Pain I Am Currently Experiencing Is Inexpressible As Well As Inconceivable”), so it’s probably best just to call it a tie.

MOST HILARIOUS: DYING OF LAUGHTER 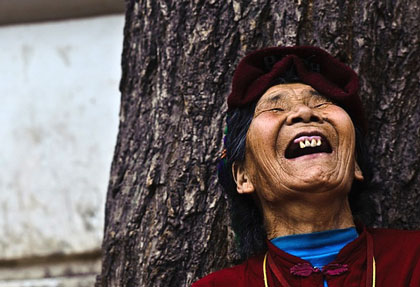 “Darwin Award” style deaths (in which a person does something incredibly stupid to bring about their own death) are “hilarious”, but this is merely a subjective (and incorrect) opinion. But Death By Laughter is literally hilarious.

This it not a joke. Allow me to explain: Upon consulting a dictionary, you will find that for something to be considered “Hilarious”, it need only be “marked by boisterous merriment or laughter”. And certainly a death brought about by uncontrollable laughter could easily be described as being “marked by boisterous laughter”. Therefore I have concluded that dying of laughter is–by definition–the most hilarious way to die.

Here are three actual instances in which a person “died of laughter”:

A British man died of laughter while watching an episode of the television show The Goodies, in which a man flailed away at a lump of pudding with a set of bagpipes. The man apparently could not stop laughing for a full 25 minutes, after which he experienced a heart attack, slumped over in his seat, and died.

Third Century Greek philosopher Chrysippus is said to have died of laughter after “giving wine to his donkey and seeing it attempt to feed on figs.” It isn’t made clear in the story, but I’m guessing our old pal Chryssy had probably indulged in a substantial bit of wine himself, because some old drunk donkey chewing on figs doesn’t exactly strike me as the joke of the century. But maybe you just had to be there.

In 1782, some old Limey named Mrs Fitzherbert went to a theater to see some show called The Beggar’s Opera, and was seemingly so overwhelmed by the hilarity of one of the character’s costumes that she was forced to leave the theater to avoid ruining the performance with her insane, nonstop laughter.

A week later, Gentleman’s Magazine reported her fate: `Not being able to banish the figure from her memory, she was thrown into hysterics, which continued without intermission until she expired on Friday morning.’ So there you have it. If that isn’t a hilarious way to die, I don’t know what is.

MOST INTRIGUING: SUCKED INTO A BLACK HOLE 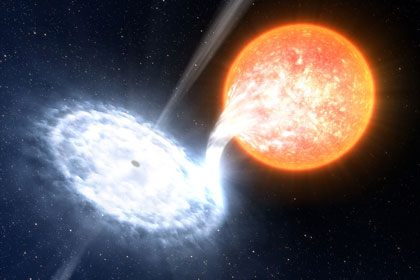 One cannot deny that dying in a black hole would be a terrifically fascinating experience, especially for those with a scientific mind. But what exactly happens in there? Would we be crushed out of existence? Stretched out by gravity until our bodies finally disintegrated? Transported to another part of the galaxy, or perhaps even an alternate dimension, one in which Who’s The Boss potentially aired for seven seasons instead of the traditional eight?

My god. One cannot even comprehend the far-reaching implications such a seemingly insignificant change may have had upon the modern world. The ill-fated spinoff “Charmed Lives” starring a young Fran Drescher might never have aired, thus assuring that her nasally abrasive charms would never have reached a slightly larger audience, and perhaps ruining her chances of landing the starring role in the hit sitcom The Nanny as a result. This of course would mean that The Nanny would likely have been even more generic than it was, which also means that I probably would not have wasted countless hours of my life watching The Nanny as a child, and might have gone to play outside in the street instead, where I would likely have been struck by a drunk driver and killed.

The driver of the car, a father of four from West Texas, unable to forgive himself for running down a fat child with the face of an even fatter child, would commit suicide three months later in the parking lot of an Elk’s Lodge in . The high-caliber bullet from his gun would travel out the back of his skull through future president George W. Bush (who was exiting the lodge at the time) through both of his kneecaps, shattering them and relegating him to a wheelchair for the rest of his days. His anger and bitterness about this situation would assure that he would never run for president of the United States and by 2010 all third world countries would have ceased to exist due to unchallenged terrorists running rampant all across the globe and socialized healthcare.

And so it goes…a Danza flaps its wings in Connecticut, and the world as we know it is changed forever.

MOST BADASS: POSING AFTER BEING COVERED IN CEMENT 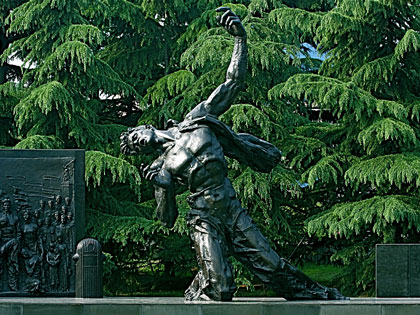 Many people assume that when a person is covered in “quick dry” cement that they will either have time to wash the cement off before it hardens, or simply die due to suffocation. This is not the case. In reality, a cement death plays out pretty much exactly the way a small child who has watched too many cartoons would assume it does. But do not take this to mean that posing after being covered in cement is easy. It is actually a somewhat involved process.

So in light of this complexity, I’ve made up a quick a step-by-step guide as a service to help out those of you who’re at risk of being covered in cement pose properly:

We take our leave of death for now. But of course, it will always be there. Lurking just out of sight. Watching…waiting…and then, when you least expect it…KABLAMO! You’re dead.

Actually, come to think of it, “Kablamo” might not be the best onomatopoeia to use for a death that hasn’t taken place in a Looney Toons episode. Realistically, it’ll probably be something more like the screeching of car tires followed by the sound of metal colliding with metal (“SCREEEEECH, CKRRRKKNNK!”), a guy having a heart attack (“Call an ambulance, I think I might be having a heart attack.”) or the sound an old person makes falling down in the shower (“?”).

So I think what I’m trying to say here is–well actually I haven’t got a clue what my point was, so let’s just go ahead and end this before one of us says something we’re going to regret.