Many people have hands. Some of them use these hands to pick up and manipulate objects. The word “handheld” is used to describe feats such as these.

But take a moment to imagine a world where nothing ever became “handheld”. Couch Potatoes: Imagine that your television remote was as large as a coffee table! Retail Cashiers: There are no portable price scanners; enjoy typing the barcodes of all oversize items by hand! Bestiality Aficionados: Good luck grasping your favorite horse’s genitals! But thankfully the nightmare of “no handhelds” never came to pass.

We live a life of handhelds, and video game systems are no exception. What follows is a guide to all your favorite portable game consoles past and present. If you have any complaints, don’t forget you aren’t paying for any of this.

Released in 1989, the Nintendo Game Boy was the first handheld game console that wasn’t a complete piece of crap. It didn’t cost too much, it looked cool (1989 cool that is), and it had the name Nintendo attached to it.

But the best feature of the Game Boy had to be that when children were grounded from playing video games, they could hide the system so their parents wouldn’t be able to take it away. It could also be played under the covers at night, and although the bleeps and blips which emanated from its tiny speaker would do little to drown out the screams of emotionally abusive parents, headphones could be purchased separately.

It was also the precursor to the Game Boy COLOR, which (according to Wikipedia) was featured in the film The Truth about Jane. The story behind this film is certainly a mystery for the ages.

2. Eighteen Trillion Movie-Based Games: The Game Boy was the first handheld console to capitalize on the tendency of consumers to immediately purchase any item which bears the name of a popular film regardless of its quality.

Game Boy Camera/Printer: Friend, you haven’t lived until you’ve taken grainy 12X10 pixel black and white photographs of small household objects and then print them out onto tiny rolls of cash register tape. 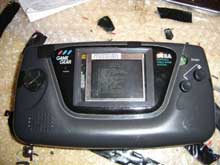 The Sega Game gear (released in 1991) was the next big contender in the handheld gaming arena. As with all Sega game systems it was originally to be named after a planet (mercury). But this was soon changed to Game Gear, as it was thought that the name Mercury was far too neat-sounding and would likely cause people to actually become interested in the system.

The console launched with a few titles, most notably G-Loc (a top-down shooter where in which you may or may not play as up-and-coming Filipino rapper Gloc-9), and Columns, which was a lot like Tetris except that it was not fun.

Required 12 D batteries; had battery life of approximately 18 seconds (27 seconds if screen was turned off)

Game Gear Tuner: Bored gamers desperately searching for something to do with their Game Gears may have wanted to purchase the TV Tuner attachment.

This accessory allowed people who almost surely already had a number of large-screen televisions in their homes to watch TV on a fuzzy 3-inch screen with poor reception and muffled sound instead.

The Neo Geo Pocket Color was released in 1999 to much fanfare. Of course by “much fanfare” I mean that 12 or 13 customers went to stores around the country and bought it intentionally, while a few others mistakenly received it as a gift from an elderly relative even though they had asked for a Game Boy Color instead.

The Neo Geo Pocket Color was remarkable though, if only because somebody at that company had fooled themselves into thinking that a mediocre handheld console could compete with the Game Boy in the US. To that person I say: Nice one.

There was nothing remarkable about this system’s specifications, so I’ve decided to call this section “Wikipedia Delusions” in honor of the inexplicably rabid Neo Geo Pocket Color apologists who edit the console’s Wikpedia page. Here is what they had to say:

“The system enjoyed a greater success than any Game Boy competitor since Sega’s Game Gear.”

What an astounding feat! The Neo Geo Pocket Color certainly must be a marvel of modern gaming ingenuity to beat out hugely successful Game Boy competitors like the Wonderswan Color and the Tapwave Zodiac! Oh and let’s not forget the Nokia N-Gage. I stand in awe of this system’s ability to be the least unsuccessful of many failed systems.

“The decision to ship American games in cardboard boxes in a cost cutting move; rather than the hard plastic cases that Japanese and European releases were shipped in, may have also hurt the American sales.”

So people were so horrified when they found out that Neo Geo Pocket Color games weren’t going to include a hard plastic case that they simply refused to buy Neo Geo games or the system? Riiiiggght. Wait, what’s that you say? The only people who would care about such a trivial matter are clinically depressed obsessive-compulsive video game collectors? Sir; that is an offensive statement! I hereby challenge you to a game of SNK vs Capcom – Card Fighters’ Clash! Huh, you’ve never heard of it?! Man, what a loser.

Uhhh, lots of  fighting games I guess. What can I say, believe it or not, people actually used to play them. (Apologies in advance if I’ve offended either of the people who still play fighting games.)

I would say the console itself was its own worst accessory. Either that, or the people who claim this was the best handheld console because it had Samurai Showdown. Get over it gramps.

Wonderswan? That’s what you named your console?! Seriously?! What the hell did you idiots think was going to happen?! Most people who play games are already embarrassed about their hobby; naming your consoles as if they were a straight-to-video animated children’s film isn’t helping matters.

But seeing this is the type of name you’re going for, I’d like to take some time out to make some suggestions of what you might name your next console:

Awesome right? Hey wait, where are you going? I wasn’t done telling you about how great it was that the Wonderswan had color graphics! Oh well, your loss.

Thank god, I was worried I might have to sell my copy of Kidou Senshi Gundam Giren No Yabou Tokubetsu Hen Aoki Hoshi No Hasha Ichi Super Ichi Bon Bon 14/8ths.

Originally, the system only cost 6800 yen. I think that’s about 13 cents or something.

Uh, it had two D-Pads. I suppose that’s better than a single D-Pad. Perhaps the next wonderswan will have 4 D-Pads. One can only dream.

I think the only reason this console sold even a single unit was because, in Japan, they got the rights to publish remakes of the NES Final Fantasy games. Is this a reason a buy an ugly, redundant console with a ridiculous name? Obviously not, but many Japanese people seem content to play slightly different versions of the exact same thing for their entire lives, and a lot of American nerds love to pretend they’re Japanese, so there’s your explanation.

The Wonderswan Link Cable, since you’d need to find somebody else with a Wonderswan to use this thing. Good luck with that. Maybe try a child pornography convention. 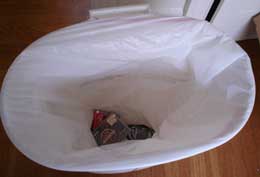 Nobody cares about the history of the N-Gage, right? I think I’m just gonna go ahead and make most of this section up. Any objections? Didn’t think so.

The N-Gage was launched in 1993. It came with 3 games: Pokemon Pummel, Rats Ahoy!, and Chinese Person Simulator. Upon launch, the N-Gage sold out within the first 10 minutes. This was not due to high demand for the system, but rather because Nokia ate a bunch of strange mushrooms they found in the woods and were too out of it to manufacture any systems until the last second. When asked about this, a spokesperson from Nokia was quoted as saying “…we were at that time…set upon by an army of small balled twine men. Wait! They’re all around…all around…I hear horrible dark chittering and screeching and they are scrabbling down the walls and shingles and oh god they’ve come they’ve come EEEEEAAAAAAa-”

The Nokia N-Gage was a Series 60 Crushphone, running Mechkanista OS 666.17, with features similar to those of the Nokia 3650 (lacking only the integrated plastic shiv). It was able to cause huge throbbing tumors to develop on user’s optic nerve and cerebral cortex, and could run Java MIDP applications as well.

Its main CPU contained a miniature warhead (ARM4T architecture running at a quadrillion MHz per sizzlebyte) which would explode if the user tapped a series of 3 commonly-used buttons in any order or attempted to make any type of phone call.

Hey, look everyone: it’s a Palm Pilot with different buttons!

In case you, you know, need to graph something.

According to this article I’m reading about the Tapwave Zodiac, it didn’t include a horoscope feature. Just figured you might like to know.

You know how you know those game collections with titles like “500 Games!” or “1000 Puzzle Games!” that just include a bunch of terrible, cheap games no body would even consider buying individually? Well those were pretty much the only games you could get on the Zodiac.

The only difference is that for twenty dollars you don’t get 1000, you get one. So if you really, really, like games with –tris, zap, and extreme in their titles, go buy a Zodiac now. Also you should probably pick up a shawl and some canned beet paste, because it is likely that you are also someone’s elderly aunt who has travelled backwards through time.

And on that note I think I’ll get out of here. If you’d like to learn more about portable game consoles you can visit your local library. Look for a book on one of the shelves. The information you need is on page 46.