Let’s get one thing clear here: I’m not going to be insulting Florida as much as I did in My Tourists Guides For Other States. This is not because I have more respect for Florida than Idaho or Wyoming (although this is definitely the case), but because I am substantially less cool than Florida.

See, in order for me to demean or belittle a US State’s status, I must feel (even falsely) that I am in some way superior to the state in question. This is extremely easy to accomplish with ridiculous states like Nebraska or Tennessee, but a reasonably popular tropical state like Florida poses a unique problem for me when it comes to ridiculing it. Namely: I am not cooler than Florida, nor would anybody believe I was even if I faked it. This, of course, makes it almost impossible for me to mock and insult it without coming off like a complete ass. 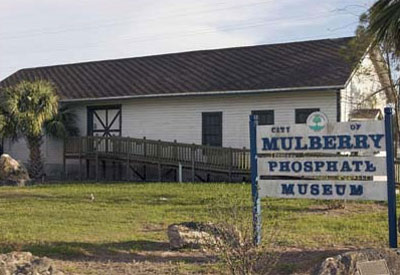 Look out America, because everyone’s favorite inorganic chemical salt is back with a vengeance! Located conveniently in beautiful downtown Mulberry Florida (Home Of The World’s Largest Protosynthetic Pistachio) the Mulberry Phosphate Museum caters to Phosphatephicionados of all ages, colors, and creeds.

But don’t make the mistake of assuming that only phosphate fanatics will enjoy our exhibits! Even those who would be hard pressed to explain the difference between a Bioinorganic compound and a organometallic hypervalent molecule will find something to love at the Mulberry Phosphate Museum!

Don’t believe me? I don’t blame you, but I can’t count number time an elderly Parkinson’s patient, illiterate beekeeper, or ostensibly Mexican child with a single crutch (read: people who aren’t normally into materials whose rock deposits are notable for their inclusion of significant quantities of radioactive uranium isotopes) has shaken my hand after a tour and gushed about on how an increased knowledge of phosphates has improved their lives! You that you don’t hear such things often in our industry.

Here’re just a few of our most popular exhibits:

So the next time you’re in Florida, be sure and check out The Mulberry Phosphate Museum. Phosphates: They aren’t just one component of total dissolved solids which can be used to indicate overall water quality in your area anymore! 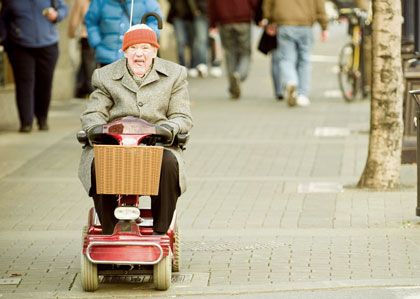 People often joke about it, but It Is A Fact that a lot of old people choose live in Florida. This is actually a fairly good reason to visit Florida. But then again, I’m a pretty big proponent of old people in general, so I might be biased. But even if you look at it objectively, there are still plenty of reasons why visiting (or living in) Old-People-Centric areas is a good idea. Here are some: 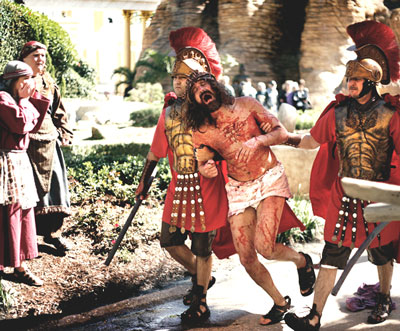 For those who are unfamiliar (and I would like to assume that’s most of you), The Holy Land Experience is a “Christian Amusement Park” located in Orlando Florida. But maybe that’s selling it a bit short. Here’s the description off the park’s website:

The Holy Land Experience is a living, biblical museum that takes you 7000 miles away and 2000 years back in time to the land of the Bible. Its combination of sights, sounds, and tastes will stimulate your senses and blend together to create a spectacular new experience.

But above all, beyond the fun and excitement, we hope that you will see God and His Word exalted and that you will be encouraged in your search for enduring truth and the ultimate meaning of life.

I had the privilege of visiting The Holy Land Experience a couple of months ago, and I must admit that while great fun for those whose wombs/rectums are filled with Christ’s seed (and really, whose aren’t?), however, I did notice two areas in which they could improve their service:

While it’s true that The Holy Land Experience features an attraction in which an actor (playing Jesus) is beaten and crucified, I have to question the park’s lack of faith in Our Creator for choosing not to take it further. Why not perform actual beatings of unwilling park-goers chosen at random to really drive the message home?

If you ask me, there’s really no better way to teach a child about the alleged sacrifices of the Jesus character than by having guards dressed as Roman soldiers cackle ruthlessly as they flay the skin off his back with a barbed cat ‘o nine tails. In addition, if the boy happens to be harboring any latent “gay” in his soul, it will slowly be bled from his body though each gaping wound which is inflicted upon his tender backflesh. So hey: Bonus!

2. Bar Homosexuals From Entering The Park

I realize that as a public business this park is not allowed to discriminate against anyone based on their race, gender, or sexual orientation (thanks for that, democrats!), but the very least, I feel like the employees should make SOME attempt to convert or shun the gay who enter the park.

As it stands currently, homosexuals are treated exactly the same as “regular” guests and not harassed or proselytized to in the slightest. Not only is this offensive, it is also blasphemous. The bible clearly states that homosexuals should be stoned death, not that they should be given park maps and allowed to buy $50 Veggie Tales DVDs at the Jerusalem Market and go on the 10 Commandments Climbing Wall.
But don’t let either of these criticisms make you think that I was disappointed with The Holy Land Experience. So enthralled and overwhelmed was I by the Kingdom Of Heaven which was revealed to me though the park, that it was (and continues to be) difficult for me to refrain from blowing my brains out so I can join The Lord as soon as possible.

And if that’s not a glowing recommendation, I don’t know what is. 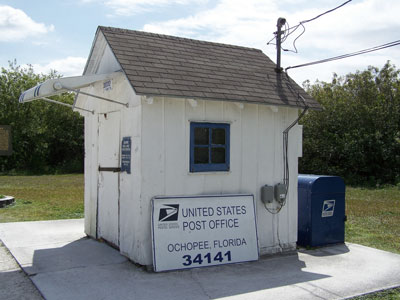 Although I have never visited this particular attraction (because why would I?) I have heard tales of it’s greatness told far and wide. This former irrigation pipe shed is said to combine the novelty of a tourist-trap gift shop which sells only stamps and packing materials with all beauty and majesty of a government-owned and operated mailing facility. 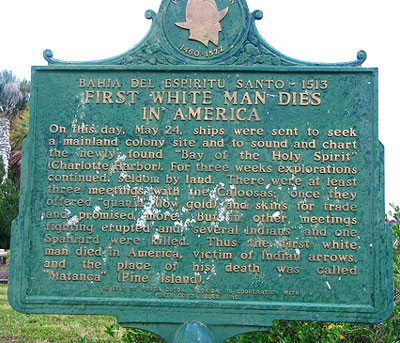 It is a rare thing in this country to see the sacrifices of white men honored. Our noble White Christian ancestors came to this country with little but the clothes on their backs and a rapey gleam in their eyes, and since that day they have experienced naught but endless persecution at the hands of the natives whose lands they claimed as their own and the darkskinned savages they selflessly rescued from the African Savannah.

Perhaps you are aware American schools now teach Black history and American Indian history in schools, but not White history? This is beyond offensive. What has a white man ever done to deserve such treatment aside from possessing beautiful golden blonde hair, failing to commit a single crime, or goodnaturedly remarking upon how black people would have easier lives if they simply cultivated a more positive attitude? Nothing, that’s what.

So God Bless you, Nameless White Man Who Erected And Subsequently Failed To Make Accommodations For The Upkeep Of This Monument (it appears to be in fairly bad shape), for without you, the concept of White People having died in America would have been lost in a sea of nonwhites reminding us how most of their ancestors were enslaved and/or destroyed.

FLORIDA: SLIGHTLY LESS BORING THAN MOST OTHER STATES 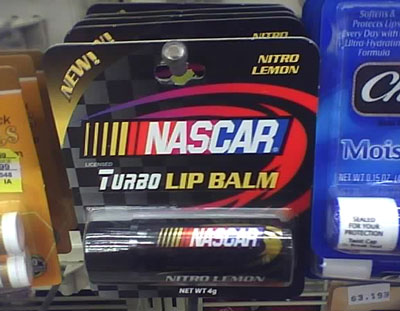 I think the biggest takeaway I got from researching this article is that Florida actually doesn’t seem half bad. I mean, it’s not like I would go there ON PURPOSE or anything, but if I was kidnapped and taken there, I think I’d probably stick around another couple of days after I was freed, just to see what’s what. Provided, of course, that my kidnappers didn’t mutilate me or my genitals in any significant way. Stuff like that tends to put a damper on a vacation.

But in any event: Thank you Florida, for being the state that you are. I may not ever deliberately visit you, but I’ll be goddamned if I don’t find you at least mildly to moderately interesting in a purely hypothetical sense