In 1997, the PC game Fallout was released. Its violently cynical godless worldview easily captivated hundreds of gaming atheists, and spawned numerous (and similarly detestable) sequels, the latest of which is entitled Fallout: New Vegas. In the article that follows, this reviewer will be taking a look at the world of New Vegas from a true Christian perspective. I’ll detail each sin committed by the developers of the game in-depth, as well as offering some godly advice (and good old-fashioned biblical scholarship) along the way.

NOTICE: This review should not be viewed by women or children. The shocking and brutal nature of this game’s source material made it nessecary for me to describe drug use, instances of blasphemy, and graphic descriptions of various sex acts in detail to give parents a better idea of what their children are getting into these days. Consider yourselves warned. 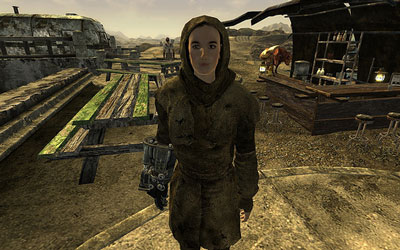 The women in the world of Fallout: New Vegas  are about as far from The Christian Ideal as one can get. A good Christian woman is a gentle, nurturing soul. She does not raise her voice or speak out of turn. She performs her duties as she is instructed, and she does not venture into public without a male chaperone. A good Christian women is as essential to a man’s household as his oxen or his wood chopping axe.

But as you might expect, women of Fallout conform to none of these godly standards. They revel in their wickedness: wearing form-fitting clothing, speaking to men who are not their husbands, and even deliberately failing to give birth when ordered to. The blatant disregard for Christ was shocking, even to a world-weary pastor such as myself. The thought of innocent children playing this game is more than I can bear.

The truth is that at its core, Fallout: New Vegas is little more than a bloody, chunk-filled defecation into the collective mouths of those who believe the Bible is the word of God. Our Lord is very specific on how women of low moral character are to be dealt with (burnings, stonings, slavery, gang rapes, etc.), but in Fallout: New Vegas, the women who behave badly are not killed or mutilated in any way. Is this any sort of message to be sending out children? If this game prized the word of Our Lord God as highly as it prized heroin drinks and preteen sex, perhaps New Vegas would be a more pleasant place to live. 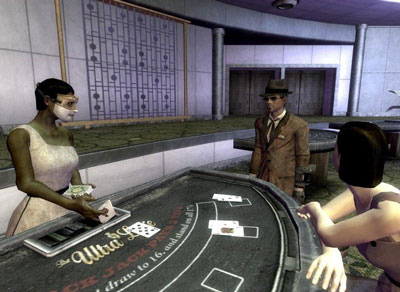 As you would expect from a game based in “The City Of Sin”, Fallout: New Vegas is, at its core, a game about gambling and all of the evil which comes with it. Not only are players forced to place “Gambler’s Chinks” in video slot machines to earn points (which can then be used to purchase drugs and junk food), but gamers also have the ability to play three games which are strictly forbidden under Christian Law: Blackjack, Draw Poker, and Baccarat.

And although these games are to be considered a gambler’s venial sins, anyone who is familiar with the bible will tell you that any sort gambling is strictly forbidden under The Lord’s law. God even goes so far as to spell this out specifically in Proverbs 28:14:

“And he went up from thence unto Bethel: and as he was going up by the way, there came forth little children out of the city, and mocked him, and said unto him, Go up, thou bald head; go up, thou bald head. And he turned back, and looked on them, and cursed them in the name of the LORD. And there came forth two she bears out of the wood, and tare forty and two children of them.”

The lesson here is clear: Gamble not, for he who plays games of chance risks not only his money, but his eternal soul as well. 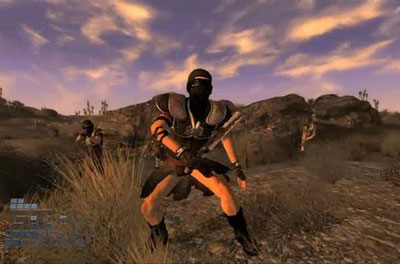 For a game which presents itself as educational and historically accurate, Fallout: New Vegas certainly has more than its share of gross factual errors when it comes to world history.

But your mightiest foe is by far is the Caesarians. Led by the disembodied head of Julius Caesar (perched blasphemously atop an exoskeleton) the Caesarians are clothed all in black, burn down villages, and rape every man, woman, child, and beast they come across. Worse still is the fact that the player can “ally” with the Ceasarians. This grants a number of in-game bonuses, such as the ability to cuss at enemies to regain strength, free access to alcohol, and the option to participate in a sodomy minigame (which is barbaric, but surprisingly satisfying) for bonus points.

As any true Christian historian knows, the real Caesar spared The Goodly Christ’s life by lifting him down off the cross, dressing his wounds, and subsequently murdering each and every one of the Semites who had attempted to take his life. This game ignores this biblical truth, and instead casts Caesar as a vicious, godless dictator.

To sully the good name of an American hero such as Caesar by making him party to this dreck is beyond reproach. How ironic, then, that the developer’s name (Bethlasoft) is derived from the name of the holy city of Israel. You clowns aren’t fit to visit the holy city, let alone use it’s name in service of your interactive sexfilth. Shame on you all. 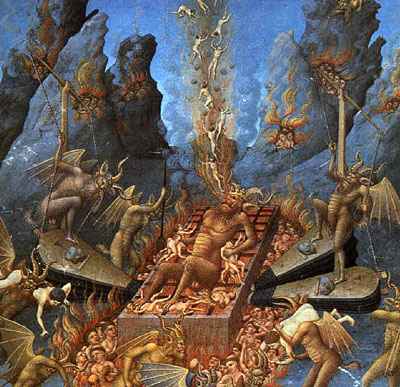 UNSPEAKABLE SIN!
There are many roads to damnation, and those who are interested in taking a walk down each and every one of them would do well to check out Fallout: New Vegas.