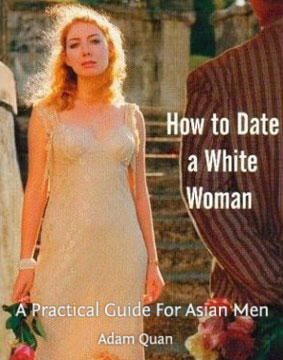 Like the other books in the Offensive Advice For Dating Outside Your Race series (Japanese Women: They'll Do What You Say, Indian Men: Smart But I Guess They Have Tiny Penises, Black Chicks: Centuries of Systemic Oppression Have Made Them A Little Cranky) How To Date a White Woman is advertised as "your one-stop shop" for information on dating a particular ethnic subset of humanity (in this case, White Women), but I found it sorely lacking in useful information.

Although I am white, I figured I'd be able to derive at least one or two good tips on dating white women from this book, but this is certainly not the case. Not only is this book Asian-Man-Centric, but it also lacks depth. I found most of their advice to be blatantly obvious (or outright false): "White women don't like spiders", "White women sometimes have difficulty opening jars", "White women who aren't prostitutes get offended when you try to pay them for sex", the list goes on and on.

As someone who recently dated a white woman, I can easily come up with better tips than the ones in this book off the top of my head. So just keep reading if you want to be let in on all the white women's secrets. 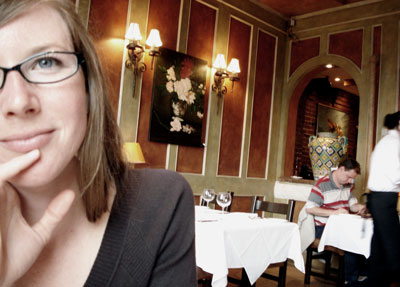 This was one of the biggest hurdles I had to clear when dating a white woman. She was constantly asking me to do things with her. It never ends! A typical conversation would go something like this:

Me: "What? We just went to Perkins last month!"

WW: "I'm bored of sitting around the house all the time. Let's go."

Me: "But look! The Magic Bullet infomercial is on again! Can't we just lay on the floor and eat goldfish crackers out of this carton and then you fall asleep and I'll go spend 3 hours sorting boardgame pieces into little trays?"

Me: "Hahahaha! I love the black and white part when the fruit juice flies everywhere. What a mess! Should've gotten the Magic Bullet!"

WW: "I'm going to go date a man who is willing to sleep in a tent and doesn't start sneezing uncontrollably the second I open a window *Leaves*

Me: "Look, each bullet cup has little colored rings so they can tell which drink belongs to them. This is some party!"

So as you can see, white women can be a real handful. 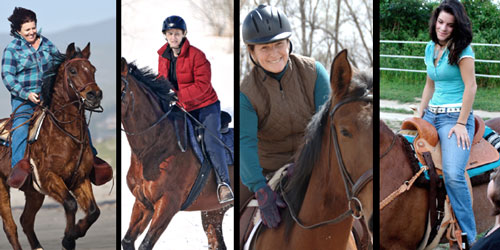 9 times out of 10, if you ask someone to picture in their head a woman riding a horse, they will picture a white woman. This is because only white women ride horses. You might feel I'm stereotyping, but I'm not. It's a fact.

Don't believe me? Do a Google Image Search For "Woman Riding Horse", you'll see that every single photo features a white woman. And though you might think you see one or two American Indian women in there, trust me: you don't. Those are simply white women in stereotypical "injun" garb. Real Native Americans don't ride horses due to the fact that they are not white people.

Also, here's a fun game: Go try to find a picture of a black woman on a horse. Seriously. Do it right now. It's great because you can't. You can't do it. It's impossible. 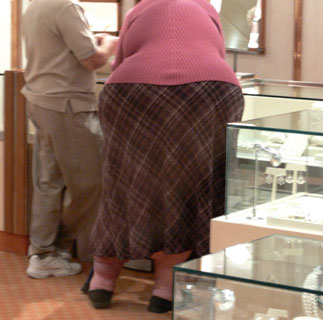 I learned this the hard way a while ago, and I was pretty surprised they didn't include it in the book. It's a great tip, because like me, many men might figure that it'd be reassuring for a white woman to know that her boyfriend doesn't care about her weight, but apparently it isn't. Not even a little bit. I've even tried adding, "I honestly wouldn't even mind if you got fatter, I have pretty low standards when it comes to that stuff." but it only seemed to make things worse. Probably better just to leave it alone.

But anyway, for further reference, here's a list of other similarly inappropriate (but completely honest) responses to make when a woman complains about being fat:

This book is pretty much worthless when it comes to tips on how to score your own whitey. If you truly want to learn how white woman function, I suggest getting yourself a par of inexpensive night-vision goggles and engaging in a bit of good old-fashioned stalking/masturbation. It's a fun, unobtrusive way to learn what makes them tick, and who knows, you might just make a [white female] friend or two along the way!