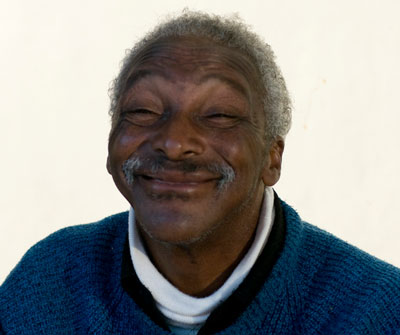 Like many people, I was, at one time, afflicted with crippling self-esteem issues. In the end, it was only through hard work, perseverance, intellectual dishonesty, and the gleeful exploitation of those less fortunate was I finally able to achieve something resembling inner-peace.

So seeing as I have some experience in the field, I figured I'd share with you seven amazing self-improvement tips which will almost certainly help you feel better about who you are.

7. SURROUND YOURSELF WITH LOSERS

The idea behind this is what's known as the "Jerry Springer Effect", named for the increased sense of self-worth many people experience upon viewing an episode of The Jerry Springer Show (or any other program which prominently features "troubled" people). Certainly it stands to reason that most of us would feel better about our own lives when confronted with some guy who cut off his own legs to please an aging, sickly former-pimp with an amputee fetish.

The same principle holds true for friendships. The last person I'd want for a friend is a self-made, outgoing, successful, funny, good-looking person who is satisfied with their life. "Oh I just bought a house! My baby learned to walk! I got a new 60 Inch TV! The world is fantastic and I'm so happy!" Yeah...hard pass on that friendship.

I'd much prefer to hang around with some deadbeat sad-sack who can never seem to catch a break. If they've got trouble with love, or substance abuse problems, all the better! Just so long as I can occasionally say to myself "I might have problems but at least I don't have to deal with (that manslaughter conviction/the repossession of my car/genital warts/that creepy bearded stalker) like that poor bastard (INSERT FRIEND NAME HERE) does." You'd be surprised how much better it can make you feel.

NOTE: "Losers" should not be confused with "Disabled People", as being around the former provides you the opportunity to bask in the healing light of Schadenfreude while the latter's boundless, unflinching optimism in the face of adversity will only cause you to feel even worse about the way you've squandered your good health.

One surefire way to stoke the flames of your fragile ego is to purchase a vehicle of some kind. It has been scientifically proven (by scientists in a lab with bunsen burners and white coats and everything) that the act of buying things gives human beings a huge rush of endorphins or dopamine or fentermine or or brain chemical shit.

Another (perhaps somewhat less desirable) rush of chemicals into the brain is caused by the new car smell, which is really nothing but an airborne cocktail of poisonous chemical compounds which has leached from the plastics, lubricants, and adhesives used in the manufacture of the car.

In a way, driving a new car is a lot like spending a few hours each day huffing an enormous can of industrial solvent you paid faR too much money for. But don't let the possibility of brain damage deter you. Many automakers (Jeep, for example) rely solely on brain-damaged customers to purchase their cars, as the permanent dissociative haze which characterizes these people's lives often prevents them from recognizing poor workmanship, decades of unreliability, laughably low resale value, or hideous aesthetics.

5. CARRY AROUND PHOTO OF RURAL WISCONSIN 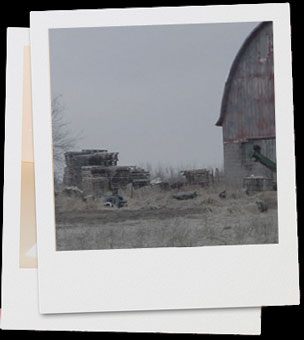 That way, when you're feeling mopey, you can take the photo out, study it, and say to yourself: "Good Christ...at least I'm not in rural Wisconsin."

If you're unsatisfied with an aspect of your body, why not pay an exorbitant amount of money to have an unlicensed medical practitioner in a third world country haphazardly change it for you? Let me tell you, it can be a real self-esteem booster, and everybody who's anybody is doing it.

Nose a little bulbous? Travel to Albania and pay a one-eyed guy named Fatmir 50,000 Lek to cave it in for you. Eyebrows too thick? Have them off and have some frightening unnatural ones tattooed in! Hair line a little lopsided? No problem! Just visit a flophouse in southern Cambodia where a tiny Asian woman will inject you with far too much lidocaine, causing you to pass out, at which point you will be wrapped in a filthy, blood-drenched sheet, dragged to a nearby warehouse, and traded to group of grinningwhite slavers for seven large balls of gum opium.

Seeing your own desires to fruition is hard work, but luckily there's a far easier shortcut to self-satisfaction: Trampling the dreams of others. It's really very easy to do, so long as you're honest and matter-of-fact. Most people KNOW that their dreams are ridiculous, and it only takes one trusted friend or close relative to come along and shatter them into dust with a brutally honest assessment of their childishness.

For example, let's say you've got an adult sister who has dreamt of being a pop singer even since she was a little girl. She's been trying her whole life to make a career for herself as an amateur singer but has failed miserably at every turn. Now go ahead and tell her (in the most sincere and gentle way possible) that you're worried that she's wasting her life on a stupid dream. Tell her that she has one of the worst singing voices you've ever heard (whether it's true or not), and feel free to into the logistics of tone deafness (e.g. how even the worst singers don't realize just how awful they are, etc) if necessary. Then proceed to explain that even if she was a decent singer (and again, emphasize that she isn't, not even close), the odds of achieving anything resembling success in the music business are beyond astronomical.

She may put on a brave face and insist she doesn't agree with you, but there's a good bet she'll be completely crushed (along with her borderline-idiotic dream of becoming a singer). You may now spend the next few weeks reveling in the smug sense of self-satisfaction which comes from obliterating the hopes of others and dragging them down into your cold, joyless, cynical little world, you heartless son of a bitch.

Escapism is a powerful despair masking tool, and can be a powerful tool for those with a low sense of self-worth. This is where furries come in. If you happen to be unfamiliar with furries, simply imagine a guy with a slight (but not crippling) mental disability and a bondage fetish. Now, simply replace "getting tied up, gagged, and whipped by someone in leather assless chaps" with "being fondled roughly by some Dr. Who fan in an assless Snagglepuss suit", and you've got the basic idea of what being a furry entails.

And although becoming a furry is certainly a good way to repress bad feelings, this is not to say it cures them. Much the opposite actually. For you see, the despair is still there, lurking just beneath the semen-stained, brightly colored kiddie-land surface, roiling and growing in strength until the day it finally overcomes you and you stalk through the carpeted hallways of the office wearing only the top half of a care bear suit choking back sobs as you rake your MP5 across the faces of terrified coworkers.

But I suppose we can cross that bridge when we get to it.

1. CULTIVATE A FALSE SENSE OF SUPERIORITY

Believe me when I say this: Convincing yourself that you are better than everyone else around you is the key to true happiness. Once you truly believe you are superior to all others, the social and mental advantages you gain are boundless. Here are just a few:

Any time you are insulted, you will simply dismiss the person doing the insulting as "an idiot" who "doesn't know anything".

Any Works You Create Will Be Beyond Criticism

For the same reasons as the previous point, any criticism brought to bear against anything you create (writings, paintings, theories, films, etc) will be viewed by you as "idle chatter from uneducated plebs" who "just don't get what you're trying to do." This allows you --the "struggling artist"--to continue slaving away for years and years without giving up or becoming disillusioned due to the fact that hardly anyone seems to be paying any attention to your website.

Loneliness Can Be Argued Away

The average person, upon finding themself alone, loveless, or friendless might become depressed and be forced to make some drastic but positive changes in their life in order to be happy. Not so with the elitist. "I am too good for common people," they will think smugly, "A god walking amongst men will surely be lonely." This is another important facet of intellectual superiority: It is not enough to tell yourself these ridiculous thing, you must also believe them wholeheartedly, lest the flimsy mental foundation you have built your life upon come crumbling down.

The final beauty of elitism lies here: You can dismiss criticism as worthless while simultaneously accepting praise, because you know AS A FACT that you are worthy of this praise. When you believe yourself to be the most awesomest human being ever, it makes sense when people tell you how great you are.

Our voyage of self-discovery has come to a close. Hopefully, through reading this self-love primer, you've managed to quell some of the distressful inner turmoil which characterizes your life.