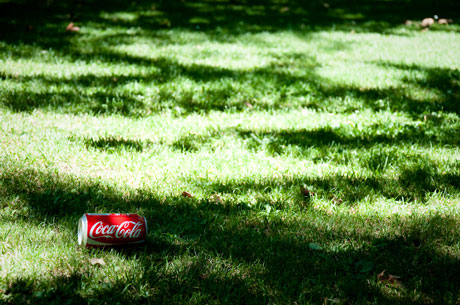 Sometimes littering can be a grey area. For example: Was Johnny Appleseed littering as he wandered around tossing handfuls of apple seeds everywhere? The general consensus is that he was not, but I disagree. He most certainly WAS littering. History seems to give Mr. Appleseed a pass because he seems to have strewn the seeds about with the best intentions, but as you well know, some of the most heinous crimes in history have been committed by people with "the best intentions" in mind.

That's why I've created this guide: To dispel the myths which surround the act of littering once and for all. We'll cover a myriad of topics including (but not limited to)..."Littering With Fruits & Vegetables: Is It Possible?", "Littering In Public Spaces", "Bodily Fluids As Litter", "Littering In Geysers & Hot Springs: What Gives?"

So join me, if you will, on this journey through the exciting world of litter.

These days, tossing trash from one's car has become one of the most popular methods of littering. It seems one cannot drive down the street without seeing some careless motorist throw a cigarette, fast food wrapper, or glass jar containing an aborted fetus from their driver's side window.

But maddening as this may be, not everything thrown out of a moving vehicle is litter. Depending on the item and where it is thrown, it may be within your rights as a motorist to toss it out. Here are a few examples of when it may or may not be appropriate to litter from a car. 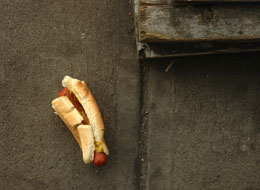 You buy a hot dog from the gas station and decide to eat it on the drive to work. Unfortunately, as is the case with many gas station hot dogs, you become violently ill after taking a single bite. Without thinking, you hurl the hotdog out the window of your moving vehicle, and it flies into the open window of the car traveling alongside yours, landing in the passenger seat.

So long as you ensure that the litter lands in somebody else's car (or even the pocket of a pedestrian), you're free and clear. As you may well have heard in grade school possession is 9/10th of the law. It doesn't take a lawyer to figure out that this should be taken to meant that if someone throws garbage at you, it is now your responsibility to dispose of it (due mostly to the fact that you touched it last). 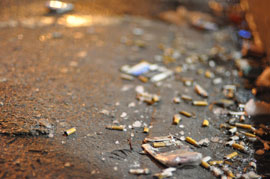 After smoking a harmless cigarette, you open the window of your car and flick the still-lit butt onto the road.

It It Littering?
Definitely.

It may come as a surprise to many smokers, but being an addict does not necessarily confer upon you the right to throw garbage wherever you please. Say what you will about heroin addicts, but at least they have the common courtesy to leave their discarded, HIV-positive syringes where they belong (in flophouses, their children's backpacks, and the stairwells of public housing projects) instead of simply throwing them to the ground when they've finished poisoning themselves, as most smokers seem so keen to do with their cigarette waste.

One common (and laughable) excuse I hear for this behavior is "My car doesn't have an ash tray, so I have to toss my old butts out the window." This is somewhat akin to dumping all your trash on the street in front of your house and, when questioned, claiming you only did it because "your house doesn't have a garbage can".

While it may not be as common as other forms of littering, litter by fruit is still recognized as a common, and somewhat serious problem in many western states. Here're some do's and don'ts when it comes to fruit littery. 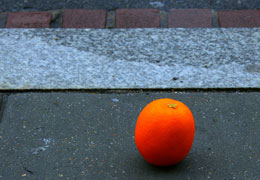 An 86-year-old man drops an orange on the sidewalk and fails to pick it up because he claims to have "a bad back".

Is It Littering?
Yes.

Becripplement is no excuse for littering. If an old man cannot perform basic everyday actions such as writing out checks in less than 20 minutes, hearing what has been said, or bending over to pick up a piece of fruit, he has no right to be out in public in the first place.

There is absolutely no shame in being confined to a hospital bed in a dimly-lit, shit-smelling for the remainder of one's days. A good citizen never allows foolish things like pride and an unflappable willingness to remain autonomous until one's death to get in the way of litter-free streets. 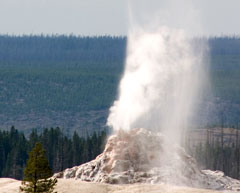 A child is given an orange for his lunch. As he does not care for oranges, he drops it into a nearby geyser.

Is It Littering?
Yes..

Although geysers might seem like an acceptable place to deposit trash, they are not. You must remember that garbage thrown down that hole does not simply disappear. When the geyser erupts (as geysers are wont to do) trash will be thrown everywhere. This is what's known as "Littering-By-Proxy". Far better to throw your excess food into a volcano where it can be digested by the mother earth and used as fuel for gravity. 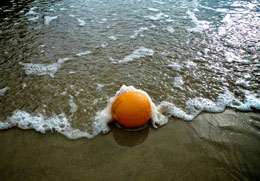 The pilot of an airplane has brought an orange for his lunch. Halfway through the flight, he decides he no longer wants it and throws it out of the plane and it lands in the Pacific ocean.

Throwing things into the ocean isn't littering, it's called polluting. So go ahead.

Is relieving oneself out-of-doors considered littering? In short: It depends. The following examples should clear up exactly what's allowed and what isn't. 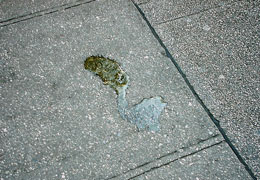 It is summer. You stop on a busy sidewalk to relieve yourself and, in doing so, manage to splash urine all over yourself, a nearby automobile, and several passersby.

While it may be illegal (consult your local public indecency laws) urinating all over everyone and everything is not technically littering. 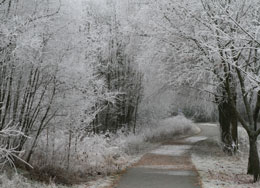 It is winter. You are out for a walk in the park when you get the urge to urinate. You do so on the path, creating a large, yellowish puddle. Because the temperature is below freezing, the urine freezes almost immediately, creating a sort of makeshift urinary ice rink.

Is It Littering?
Almost certainly.

The key here is the freezing of the urine. Because the urine froze instead of evaporating, the puddle you've created is not only an eyesore, but also a significant public health hazard. If you must pee in the winter, do so into a biodegradable container and place it in under a park bench or inside a postal box. Out of sight, out of mind. 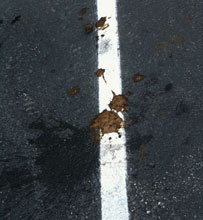 You are on your way into the mall and are suddenly striken with an uncontrollable case of sudden-onset diarrhea. You drop your pants and let fly in the middle of the parking lot (much to the horror of your wife and children).

Is It Littering?
It is not.

Remember that whether or not a bodily fluid can be considered litter depends mostly on its viscosity. In high foot traffic areas, watery (or oily) excretions are likely to be smeared around by unwitting pedestrians or lapped up by pets. As such, they often dissipate quickly. On the other hand, solid, chunky, or fibrous waste products should NEVER be excreted in public.

When it comes right down to it, crapping on the steps of the post office is really no less offensive than throwing a half-melted Clark Bar or gooey convenience store brownie just outside the door. If you truly cannot make it to the bathroom, use the waste bin. When it comes to public property, we're all joint owners. We must always take care to keep our cities clean, and if this means wading into a dumpster to defecate, so be it. 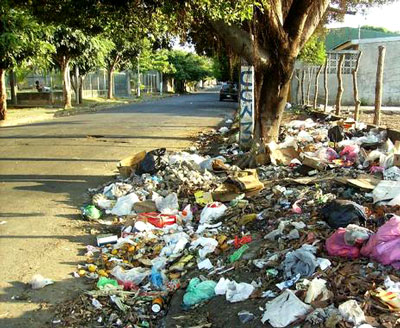 We only have one planet, so let's all do our part to keep it clean. Don't litter, and if you see a piece of refuse on the ground (whether it be a bit of moist wig, a bloody molar, or even a soiled condom) pick it up and place it in your pocket or mouth for safe keeping. Then take it to the nearest police station, security office, or military base and set it on the front counter. Then say "I'd like to file a report on some litter." When they turn around to retrieve a report, just walk out. They won't know what to think.

If we all band together as human beings, we can eliminate the scourge of litter from our universe once and for all. Then, and only then, will be truly know what it is to be free.