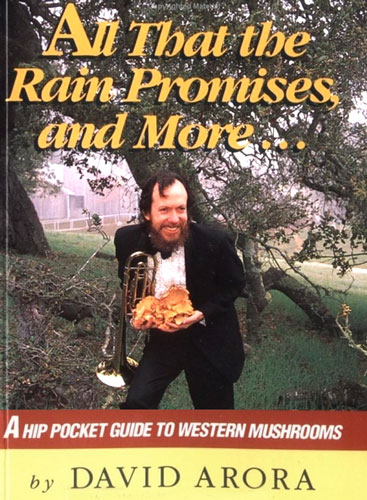 The old "don't judge a book by its cover" adage has never made much sense to me. You can tell a lot about a book like this one by looking at the cover. I mean, any idiot could see that it's a field guide for picking wild mushrooms which was written by an impishly deranged trombone enthusiast named David who enjoys feigning the thievery of large quantities of fungi while wearing a cheap 70s tuxedo.


As such, I'd say that the cover is a valuable resource for buyers, as they know precisely what they're getting when they purchase this book. And sure enough, if you read the reviews, you definitely don't see any customers complaining that they "feel totally mislead due to the fact that they bought this book expecting a dry treatise on spearfishing penned by an elderly black woman on a horse and got a mushroom guide written by someone who is ostensibly insane instead".  So I think you'll agree that in this particular case, it's more than fair to judge a book by it's cover.

As for the actual quality of this book...I can't really speak to that, as I haven't read it, and don't plan to. I'm not really into the whole "deliberately going outside and performing actions" thing, so I probably wouldn't have given it a fair shake anyway.